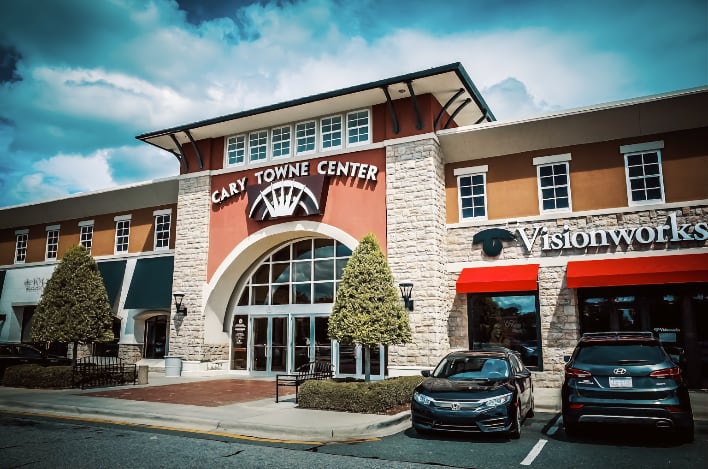 Epic Games is an incredibly influential force in the gaming industry with its Unreal Engine (which is used in a wide range of games) and its own popular games like Fortnite. Its Unreal Engine is even used in the production of mega-hit TV shows like The Mandalorian. The company was founded in 1991, and has long been headquartered in Cary, North Carolina.

However, even after expanding its HQ multiple times over the past three decades to accommodate its growing influence in the gaming/entertainment industries and workforce, the company is running out of physical space to expand. Needless to say, Epic has been looking for other alternatives in the area, and a prime opportunity presented itself with the defunct Cary Towne Center mall, which is located about 2 miles northeast of its current location.

Epic yesterday announced that it will be purchasing the 980,000 square foot Cary Towne Center and its 87-acres as part of an agreement with Turnbridge Equities and Denali Properties. Not only will Epic be using the land to build a massive new HQ, but there will also be recreational spaces on the grounds. Epic says that it is also "exploring ways some of this property might be used by the community."

The land currently occupied by Cary Towne Center was at one point supposed to be purchased by Ikea, but that deal fell through, and there were no other potential prospects for the area until now. And the fact that it's a local company that is looking to take over the space is seen as a big boost for the region and new hires. "Epic has been proud to call Cary home for over 20 years and has immersed itself into the community, often hiring locally and from nearby universities as the company continues to grow and scale," wrote Epic in a press release.

"We’re extremely proud that Epic has chosen to call Cary home for their new global headquarters, and we greatly appreciate the company’s recognition of Cary’s existing assets as well as the unlimited potential of the area for their growing business," said Cary Mayor Harold Weinbrecht. "We look forward to continuing to work closely and collaboratively with the Epic team as they conceptualize their new campus, and we’re honored to partner with them on this exciting new development."

Epic Games expects to begin the process of converting the old Cary Towne Center site to its new HQ starting in 2024.