We all knew that the second-generation Tesla Roadster was going to be a performance monster aimed at crushing any potential competitor. At the time, Tesla CEO Elon Musk claimed that the Roadster would be capable of going from a standstill to 60 mph in just 1.9 seconds. However, Musk confirmed this week that the electric car would be capable of nearly halving that time with an optional space-age package.

A prototype Roadster is currently on display at Peterson Automotive Museum in Los Angeles, and the plaque below the vehicle reads as follows:

Demonstrating the versatility of electric power and adding extra distinction to the car's already high performance, an announced SpaceX package would outfit the Roadster with cold air rocket thrusters positioned at the rear, allowing for a 0-to-60-mph acceleration time of 1.1 seconds – largely unprecedented among modern road cars.

Given that no previous mention was made about this unheard-of 1.1-second 0-60 time, Tesla fans were undoubtedly curious to get an official comment from Musk. Not surprisingly, he replied via Twitter confirming that the performance benchmark: 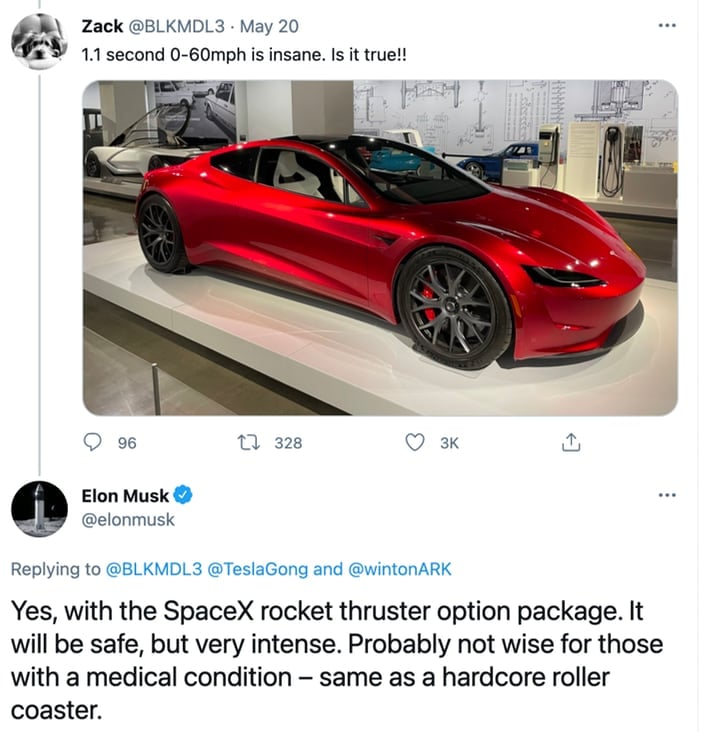 Musk went on in another tweet to say that the production roadster will look even better than the prototype you see above.

Even without the SpaceX package, the Roadster is impressive on multiple fronts. Tesla previously claimed that the four-seater has all-wheel drive courtesy of three electric motors (one up front, two in the rear) and can hit 0-100 mph in just 4.2 seconds. The 1/4-mile run takes just 8.8 seconds, and the Roadster can hit a claimed 250+ mph if you give it enough track to stretch its legs. 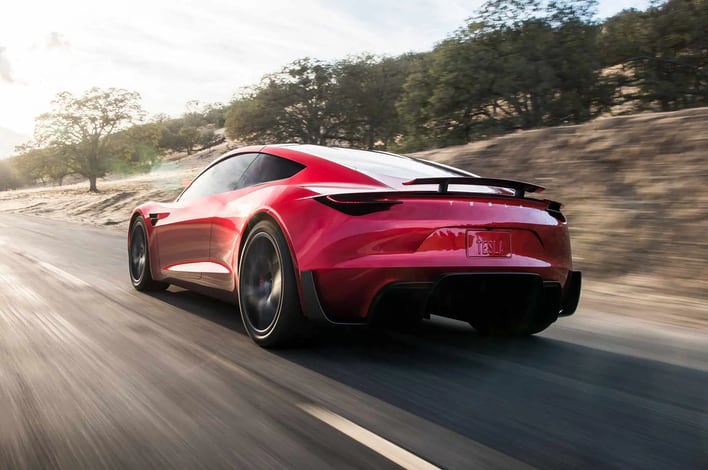 The car was initially supposed to go into production in 2020, but in typical Tesla fashion, that timeframe has come and gone.