One of the greatest new features that you'll find in a lot of games is a photo mode. These modes usually let you pause the game, and then tilt, pan, swivel, and zoom the camera freely for taking epic screenshots. The concept isn't new; many older games (including From Software titles) had this capability, but it was usually developer-only and locked away from players for whatever reason.


We started to see primitive screenshot sharing functionality in games as far back as Dragon's Dogma and GTA IV. More recently, titles like Horizon: Forbidden West and Nioh 2 have included dedicated photo modes complete with photographer-style camera settings and even stylistic filters. Of course, PC gamers have had these options for a while, using third-party mods or tools like NVIDIA's Ansel.


Brand-new mega-hit Elden Ring doesn't have a photo mode—yet—but if you want to take some killer screenshots in The Lands Between, you could try using the new photo mod by creator Otis_Inf on Patreon. The author is responsible for numerous similar camera mods for games like Monster Hunter: World, Devil May Cry V, and Cyberpunk 2077, just to name a few.

The Elden Ring photo mod is currently on version 1.0.1, and we used it to capture the screenshots in this post. Actually, the author had a friend of the site use it, because he couldn't get it to work properly without crashing. Even said friend had a couple of soft-locks while using it, so it seems the mod isn't flawless.


Still, it does seem to work for some people, and gives you access to full free camera control (including field of view), game speed control, HUD toggles, pillarbox removal for ultra-wide gamers, vignette and chromatic aberration removal, as well as the ability to force full-quality distant LODs. The mod also can make the player invisible to enemies to prevent them from interrupting your sick pose, and even lets players set the sunlight direction, simulating a time of day control. 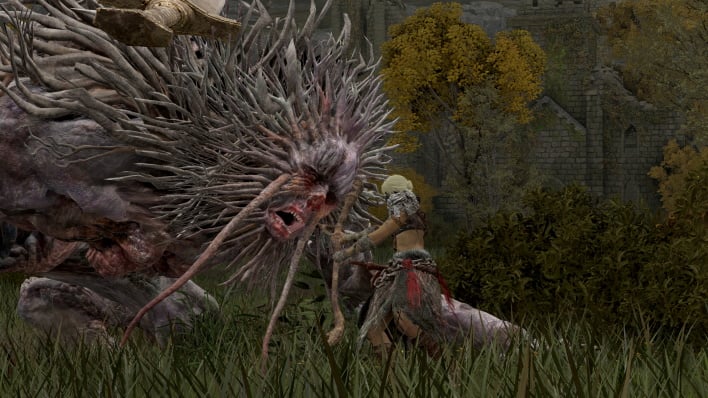 This troll is having a bad time.


There is one caveat before you try it out: it requires you to disable the Easy Anti-Cheat integration, and that means playing offline, so you won't be able to use it online for cool posed photos with your Tarnished bros. Doing so is easy; it's a matter of simply dropping a steam_appid.txt file into your game folder and then launching the executable directly, rather than through Steam.

You can read more about the mod at the author's website. If you'd like to try out the mod yourself, you can grab it at Otis_Inf's Patreon page, but do it quickly if you are going to do it at all—the author will be making the mod a paid download like the rest of his mods in a few days.