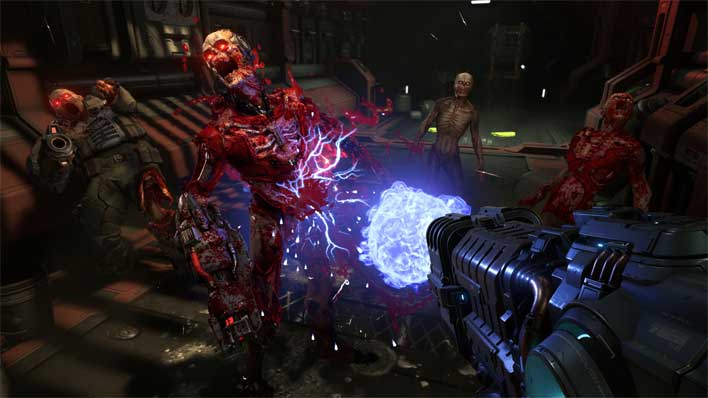 Doom Eternal has been an incredibly popular game since it launched earlier this year, but something new was added to help stop cheaters in multiplayer mode on the PC. An update added Denuvo Anti-Cheat software on May 14, and some players are outraged. Denuvo parent company Irdeto wrote in a blog post that the anti-cheat software was meant to keep the BATTLEMODE multiplayer portion of the game on PC safe from cheaters.

What's bothering many gamers about the anti-cheat solution is that it requires kernel-level access to the computer. Irdeto notes in the blog post that its solution "doesn't have annoying tray icons or splash screens, and this invisibility could raise some eyebrows." The company says that the software installs a kernel-mode driver into the Program Files folder. 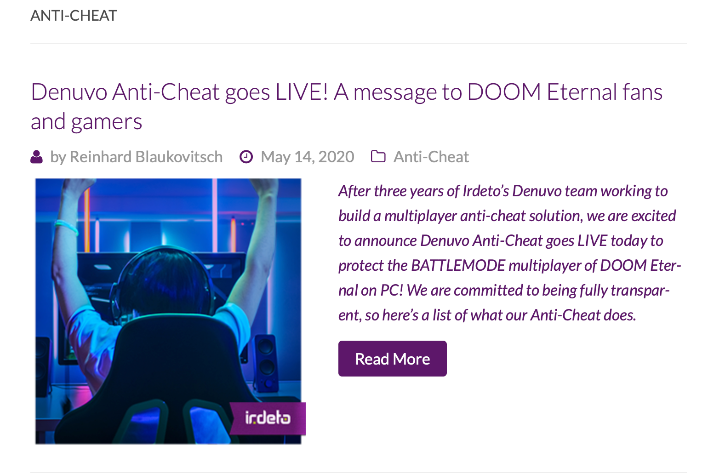 If gamers uninstall Doom Eternal, all previously installed anti-cheat files are removed. However, Bethesda.net PC customers will need to manually uninstall Denuvo Anti-Cheat via Add or Remove programs in Windows settings. Denuvo Anti-Cheat only starts when Doom Eternal loads and when the game is closed out, the anti-cheat software stops automatically. While the software starts automatically with the game, it allegedly only monitors what happens during multiplayer matches.

Irdeto claims that the anti-cheat software doesn't take screenshots, scan file system, or stream shellcode from the Internet. Information on how the OS interacts with the game is collected and sent to Amazon-hosted servers for cheat detection. No matter what the company claims about its anti-cheat software, using a kernel-mode driver for access to the operating system has the potential to be exploited and creates a security risk according to some members of the Doom Eternal community.

Fans of the game are left to wait and see if hackers can exploit the anti-cheat software to gain access to their machines. The alternative is to uninstall the game, which is what some players are calling on the community to do. While Bethesda appears to be taking cheaters seriously, it's developers weren't careful when the game shipped in March. Developers mistakenly shipped the game with a DRM-free executable onboard, which opened the door to hackers from the get-go.