Why Dogecoin Is Now Running With The Big Dogs Of Cryptocurrency

When people think of cryptocurrencies, they typically think of the big players like Ethereum or Bitcoin, both of which hit new heights this year. Besides these two major cryptos, there is a whole world of alternates out there that people have created, including a smaller meme-coin called Dogecoin. This coin was previously lower than a penny earlier this year and then shot up to $0.43 yesterday, so what exactly is going on here?

Dogecoin is a cryptocurrency created by engineers Jackson Palmer and Billy Markus back in 2013 as a fun poke at the other cryptocurrencies coming up at the time. The Doge mascot, according to KnowYourMeme, is "a slang term for 'dog' that is primarily associated with pictures of Shiba Inus (nicknamed "Shibe") and internal monologue captions on Tumblr." As the coin was generally regarded as a meme, it never really took off in any capacity until this year, with the incredible rise to $0.43 and a current market cap of $35.96 billion.

This rise in the memecoin occurred due to several factors, similar to the GameStop incident that happened earlier this year which may have helped fuel Dogecoin's rise itself. Reddit users and other people have posted on social media about their Dogecoin purchases, and people have bought into the hype, effectively brigading the coin. Moreover, one of the world's richest men, Elon Musk, tweeted about Dogecoin as he did with GameStop stock which likely helped drive things upward. 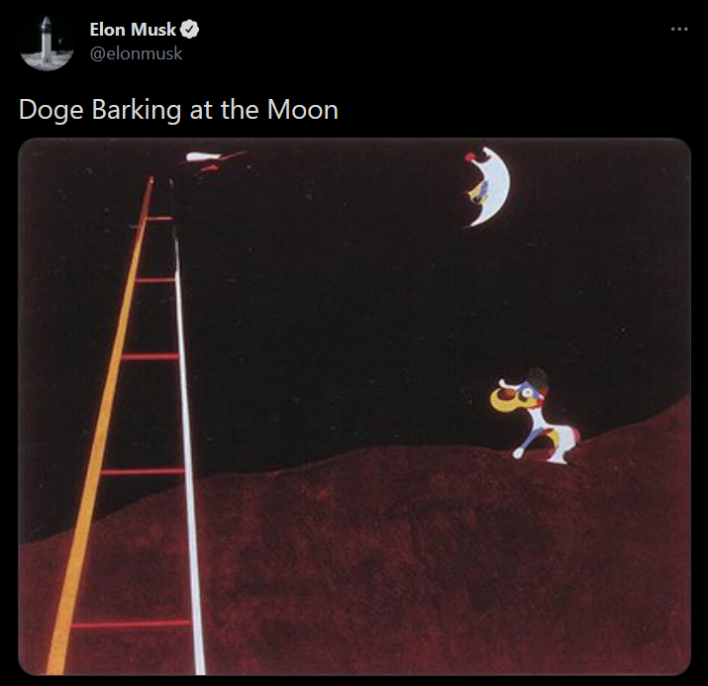 Perhaps users are trying to pump and dump the memecoin; however, there could be legitimate reasons behind driving the coin up. People interested in cryptocurrency around the web became enthralled with the idea of sending Dogecoin over 10 cents just to see it happen. Again, like the GameStop incident driven by WallStreetBets, users just wanted to see the stock soar.

Whatever the case may be, Dogecoin fell from its high down to $0.28 today, which is still significantly higher than it was earlier this year. Maybe there will be a cryptocurrency rally in the coming weeks, but it is likely not worth getting into now. Memecoins are just gambling with extra steps, and someone may get burned.