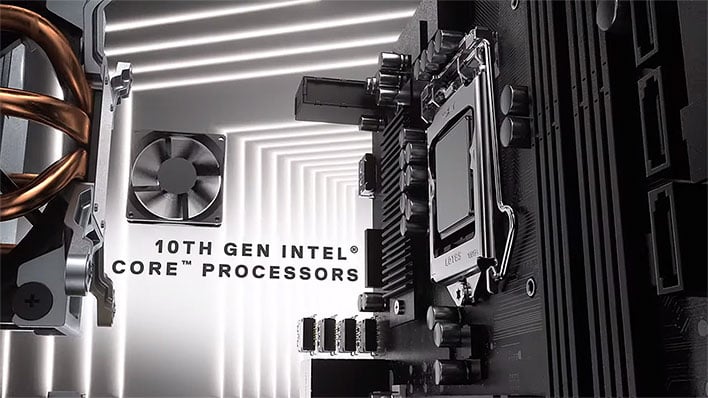 Dell is getting ready to launch new desktops built around Intel's 10th generation processors. Otherwise known as Comet Lake-S, Intel has not yet formally introduced any 10th generation CPUs on the desktop, but given the increased occurrence of types of leaks we have been seeing recently, it was safe to assume a launch was imminent.
The new chips will find their way into Dell's XPS Tower and XPS Tower Special Edition desktops. Dell revealed as much in a new promotional video for its 2020 model XPS Tower systems, though did not into detail about the specific processors, only that they are 10 generation parts. Have a watch...
"Create without limits using the all-new XPS Tower. Featuring powerful performance, a minimalist design, and a highly expandable chassis," Dell writes in the video's description.
It's interesting to see a major OEM tout unreleased processors, though not super surprising—Intel and Dell are close partners. As for the actual desktops, the XPS Tower built a reputation for offering good hardware at competitive prices, wrapped in a rather unassuming packaging. When we reviewed the XPS Tower Special Edition (8930) built around an Intel Coffee Lake processor, we called it sleeper rig, meaning there was more than meets the eye.
From what we can see in the video, it looks like the 2020 refresh will bring a more modernized design to the table, while still prioritizing easy upgrades (or as Dell puts it, "infinite upgradeability").
The video also highlights the inclusion of GeForce RTX graphic card options, with support for cards up to 225W. That rules out the GeForce RTX 2080 Ti and GeForce RTX 2080 Super, both of which are 250W parts, but the standard GeForce RTX 2080 is fair game, at least in theory. It remains to seen what the actual GPU options entail.
We'll also have to wait and see what Comet Lake-S processors will be available. Comet Lake-S will scale to 10 cores and 20 threads, culminating in the Core i9-10900K. There also be Core i5 and Core i3 options among the Comet Lake-S family.