Dell has rolled out what is being hailed as the most powerful XPS system ever built. The new XPS Desktop is powered by 10th generation Intel Core processors up to a Core i9. Graphics options include up to NVIDIA GeForce RTX 2070 SUPER. While it's easy to think of XPS computers as aimed at gamers only, Dell says that the XPS Desktop is ideal for any hardware-intensive task, creative workflows, and virtual reality.

The chassis has up to a 500W power supply to support up to 225W graphics cards. It also features four storage bays and three expansion slots for future growth. Dell focused heavily on keeping the hardware cool inside the smaller chassis, and the machine features voltage regulator cooling, strategically placed venting, and high RPM fans to maintain airflow. Dell offers the machine in Mineral White or Night Sky colors. The Dell XPS Desktop is available in the U.S. and Canada now as well as in participating European and Asian countries starting at $649.99.

Dell has also rolled out new S-series monitors with fresh designs in a platinum silver color. Three displays slot into the S-series family, including the Dell 32 Curved 4K Monitor (S3221QS) that features integrated 5W speakers. The other monitors include the Dell 27 4K (S2721QS) and Dell 27 QHD Monitor (S2721DS), both feature IPS technology for vibrant colors. One unique feature on the S-series monitors is called the Dell Premium Panel Exchange that guarantees zero "bright pixel" defects on the monitor during the limited warranty.

The Dell 32 Curved 4K UHD monitor measures 31.5 inches and has a native resolution of 3840x2160. It supports AMD FreeSync and has a height-adjustable stand with tilt feature. The display covers 99% of the sRGB color gamut and 90% of the DCI-P3 color. It also features integrated dual HDMI ports and multiple modes, including PIP. The display will launch on August 20, starting at $499.99. On the same day, the Dell 27 4K UHD Monitor will launch for $449.99. The Dell 27 Monitor also launches August 20 at $349.99. 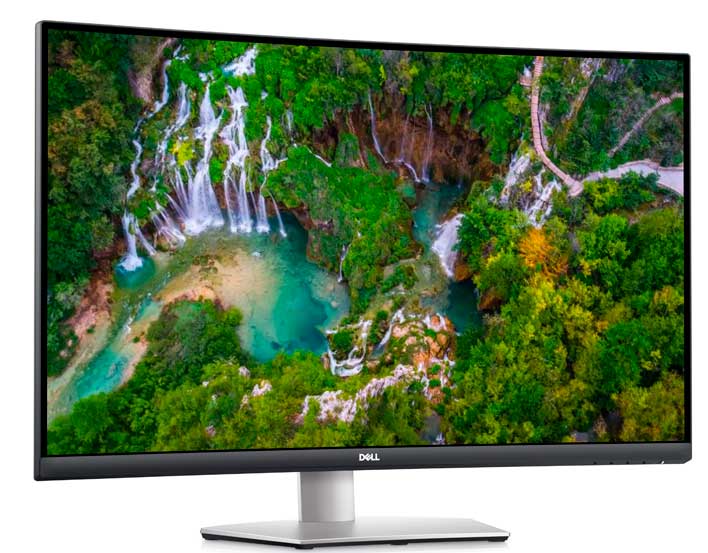 Dell's new XPS Desktop and monitors slip right into the line along with the new Dell G5 gaming laptops and G5 Desktop that launched in late June.