Dell unveiled a whole raft of product announcements today, but surely the most interesting product from the company's new "hybrid work experience" portfolio is the Precision 5470. Dell says that it engineered the new mobile workstation to be both "the most powerful 14-inch workstation in history [as well as] the smallest and thinnest in the world."


That's a contentious statement that hinges a bit on your definition of "workstation," but even if it isn't strictly superlative, Dell's Precision 5470 is certainly both powerful and slim. Contrary to the majority of thin and light laptops, which come equipped with ULV CPUs, the Precision 5470 carries 12th-generation Intel Core CPUs from the "H" class, meaning they have power limits up to 45W. 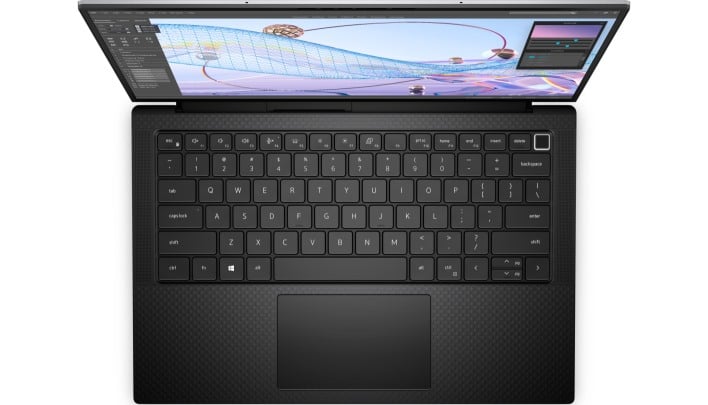 The CPU options range from the Core i5-12500H all the way up to the mighty Core i9-12900HK with 6P+8E cores running at up to 5GHz. You can connect your choice of CPU to up to 64GB of dual-channel LPDDR5 memory, and hook up PCIe 4.0 NVMe SSDs up to 4TB. Graphics duties are typically handled by the Alder Lake CPUs' integrated Iris Xe graphics, but you can optionally slide in an RTX A1000 card with its own 4GB of GDDR6.


Whichever graphics option you pick, you have your choice of 14" displays in 1920×1200 or 2560×1600 resolution. Both are IPS-like anti-glare displays with a 500 cd/m² peak brightness spec, but only the higher-resolution screen offers touch input. It supports active pens, too. Both screens top out at a 60Hz refresh rate, but have extremely thin bezels on all four sides.

External connectivity on the Precision 5470 comes in the form of four Thunderbolt 4 ports, all of which support the Power Delivery spec as well as DisplayPort alternate mode. There's also a 3.5mm combo audio jack, of course, and an SD card reader as well as an optional smart card reader. No Ethernet port, but this machine's too thin for that anyway. Instead, you get Intel-powered 2x2 Wi-Fi 6E support combined with the latest Bluetooth 5.2.

If you need a little-bitty laptop with legit workstation legs, Dell's Precision 5470 will be available in April. The company didn't divulge pricing.