Dell is getting down to business with its latest product refresh. Hot on the heels of Intel attaching its vPro platform to its 10th generation Core "Comet Lake" processors, Dell has come out new Latitude 9000 series business laptops and Precision 5000 mobile workstations that both offer vPro as an option, among other upgrades.
Starting with the Latitude 9000 series, these are "ultra-premium" laptops and 2-in-1 devices featuring machined and brushed aluminum designs. Dell bills these as the "world's most intelligent business PCs with built-in AI," which is in reference to the Dell Optimizer utility.
"Dell Optimizer uses built-in AI and Intel Adaptix technology to learn how you typically use your favorite applications, continuously improving and applying settings—quietly, in the background—so you get the most nimble performance possible," Dell explains. 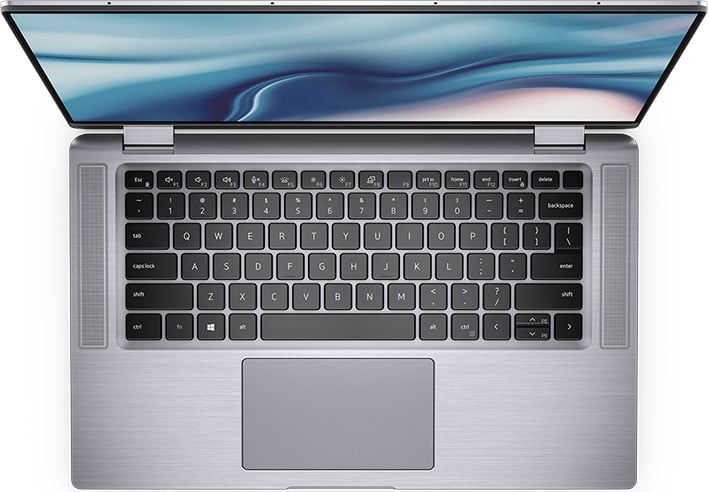 According to Dell, the benefits of this include improved overall application performance, faster log ins and secure lock outs, the elimination of echoes and reduction of background noises on conference calls, and extended battery life.
The Latitude 9510 comes in two form factors—traditional clamshell laptop and 2-in-1, both with a 15-inch 1080p display. Dell is offering Comet Lake-U CPUs up to a Core i7 vPro SKU, paired with up to 16GB of LPDDR3 RAM and fast NVMe SSD storage.
Weight will vary by configuration, though starting at just 3.1 pounds, Dell touts the 9510 as the "smallest, lightest, and most intelligent 15-inch business laptop" around. Users can configure a model with 5G connectivity, and as for battery life, Dell claims it can run for up to 34 hours.
The Latitude 9000 series starts at $1,799. In addition, Dell is rolling out smaller (14-inch) 7000 series models starting at $999. 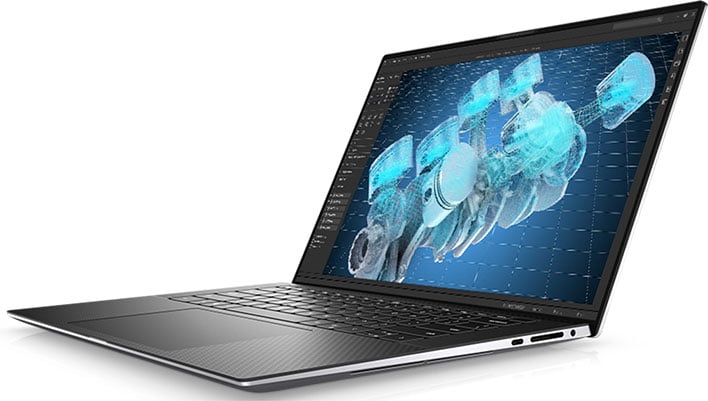 For those who need more power, the Precision 5000 fits the bill as a mobile workstation. These are more appropriate for things like data analysis, CAD modeling, and intensive graphics processing. For this round, Dell is promising a bump in performance and ISV certifications, with professional graphics options from NVIDIA and the latest 10th generation Intel Core vPro and Xeon processor options.
These are also Dell's smallest and thinnest mobile workstations. More specifically, the Precision 5550's tapered design measures just 0.3 to 0.45 inches high, by 9.07 inches deep and 15.25 inches wide, and weighs 4.06 pounds.
Dell is offering a variety of processor options. On the lower end, users can equip one of these with a 4-core/8-thread Core i5-10400H CPU, and on the high end, there is an 8-core/16-thread Core i9-10885H CPU option, or a 6-core/12-thread Xeon W-10855M chip.
For the GPU, there are several discrete options, including NVIDIA's Quadro T1000 and T2000, along with Quadro RTX 3000, 4000, and 5000 GPUs based on Turing.

Taking aim at workstation chores, Dell is offering up to 64GB of RAM with ECC support. It also features dual M.2 slots, each of which can be equipped with up to 1TB of storage, optionally configured in RAID. Other notable features include Wi-Fi 6 (802.11ax) connectivity, USB-C and Thunderbolt 3, and upgraded cooling with a hidden exhaust vent through the hinge.
The Precision 5550 is available now starting at $1,999.