It is CES 2021 time and companies are beginning to show off what they have created over the last year.  Now, Dell is back in business with a number of different laptops that have been refreshed with the latest Intel Core processors and some extra nifty features.  We have compiled some of what they have to show down below, and there are certainly some interesting things this year...

The Dell Latitude 5000 Series could be the best choice for business and educational purposes of all the offerings from Dell. While that statement is bold, the laptops have some bold specs to back that up.
Within the 5000 Series is the 13.3” Latitude 5320, 14” Latitude 5420, and the 15.6” Latitude 5520 that can all be powered by up to 11th Gen Intel i7 vPro 4-Core processors. 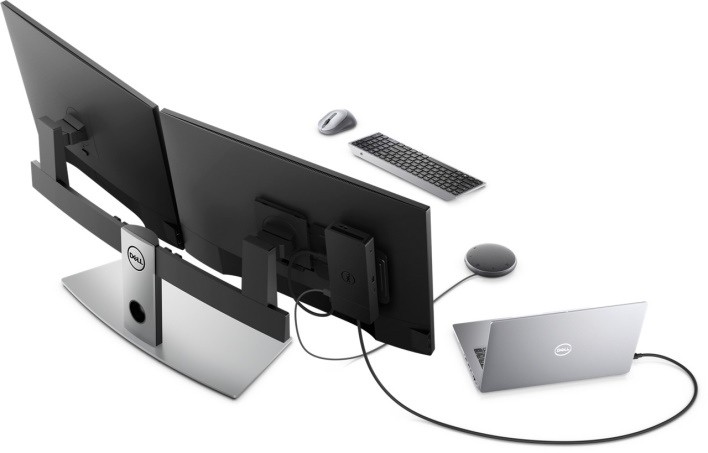 It appears that the Latitude 5320 is the runt of the bunch, only packing up to 32GB of soldered RAM at 3200MHz versus the other’s maximum 64GB at 3200MHz (which is socketed in), but it also has its own tricks. The Latitude 5320 can be configured as a 2-in-1 device, meaning it can fold and flip for whatever use case. 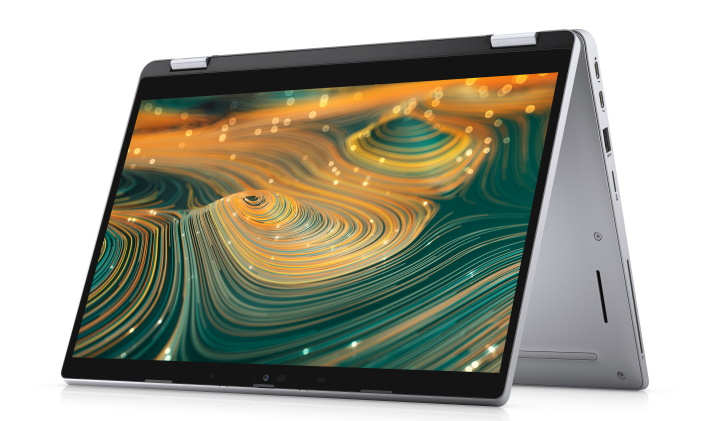 Besides that, though, the 5320 keeps up with the rest of the pack with Intel UHD Graphics on the i3 config and Iris Xe graphics on the i5 and i7 configurations. You can look at the chart below to see how each laptop stacks up against the others, and you can find out more after January 12th when these devices become available. 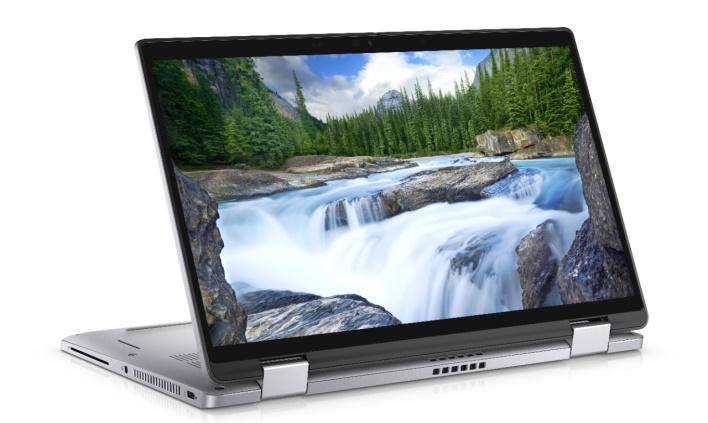 The most significant difference is that the 13.3” and 14” models can be configured as 2-in-1 devices with Active Pen support or you can get the 7320 as a 13" detachable device to make it like a tablet. Also, all the models, beside the detachable device, can only have up to 32GB of 4266MHz LPDDR4 RAM, which is soldered in, so you cannot upgrade it later. There is not much difference for everything else, but you can see the chart below for more information. These laptops will become available on March 30th and will start at $999. 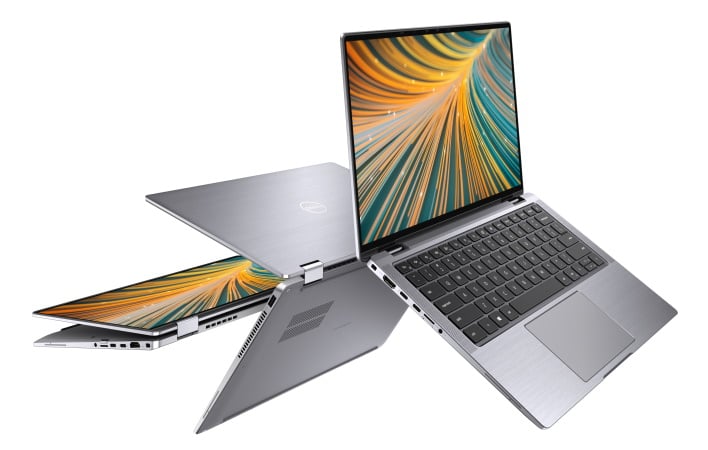 The Latitude 9420 is Dell’s most premium 14” offering that starts at $1,949. This laptop can be configured as a 2-in-1 device or standard laptop and is powered by 11th Gen Intel processors up to the i7 vPro CPU. Driving the display, which can either be a QHD+ (2560x1600) or FHD+ (1920x1080), is Intel Iris Xe graphics. Also, under the hood is up to 32GB of onboard LPDDR4x RAM at 4266Mhz and up to 1TB of M.2 NVMe SSD storage. Dell is also one of the first OEM systems to feature Intel Visual Sensing Technology and this is an Intel Evo vPro design. The machine will detect user presence and interaction, waking the display automatically. It also has a new feature dubbed SafeShutter. SafeShutter will open and close automatically when the webcam is in use or not in use, along with keyboard shortcuts to disable the microphone and camera as needed. 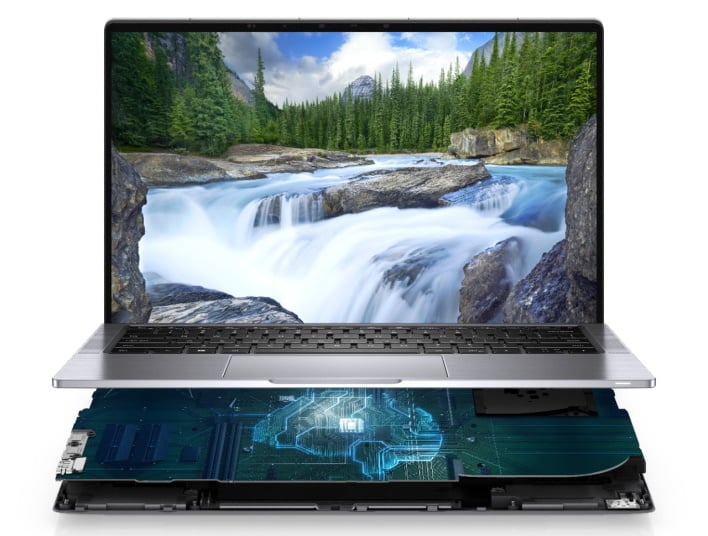 Furthermore, this is an interesting device with some other intriguing features which make the Latitude 9420 like a mobile phone in ways. It appears that the laptop comes with a gyroscope, eCompass, and accelerometer. These sensors allow Dell to offer “Adaptive Thermal Performance,” which changes the performance and cooling profile depending on where you are in the world. Overall, this is a unique product from Dell that starts at $1,949, which you can find out more about sometime this Spring when it launches. 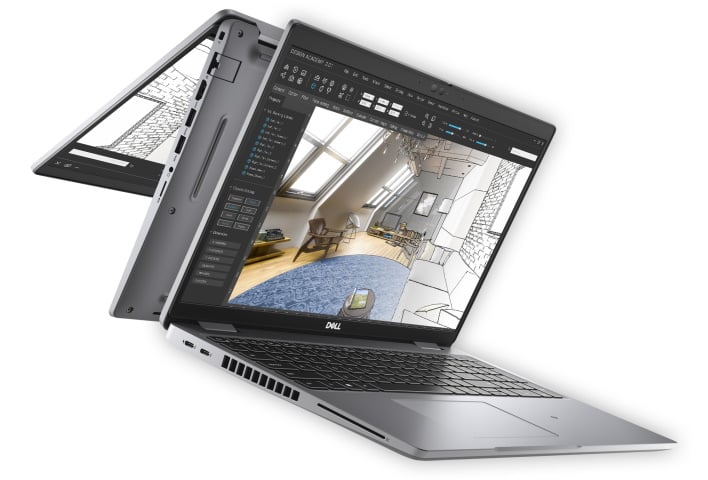 The Dell Precision 3560 is another interesting device from Dell this year, and it seems like it could be decently beefy for a mobile workstation. This 15.6” laptop can pack up to an Intel Core i7-1185G7 and up to 64GB of DDR4 RAM at 3200MHz. There are several display options ranging up to a 4K screen with a wide viewing angle and a 100% sRGB rating from Dell, with either Iris Xe graphics or an NVIDIA Quadro T500 powering the displays. Furthermore, you can also get up to 2TB of M.2 NVMe storage that will store all your projects, which can be accessed quickly. This mobile workstation devices will release on January 12th, starting at $1,189.

Overall, these are some interesting business and education-oriented devices from Dell.  Hopefully we can get some of them in house around their release so we can show off the performance of the 11th Gen Intel Core processors under the hood.  Anyhow, stick around HotHardware as we have more to come as CES2021 is just around the corner.