Cyberpunk 2077 is CD Projekt Red’s upcoming and highly anticipated game set for release on December 10th. Though the game has faced delays, gamers are still excited for Night City and the world of Cyberpunk 2077. OnePlus, the phone manufacturer, is using this excitement to its advantage by releasing a Cyberpunk 2077 themed OnePlus 8T at CNY 3999. Reservations kicked off today, and there will be limited sales on November 11th.

The OnePlus 8T, though pricey, is still a solid phone. In our review, we found that the features were decent, but at $749, it just was not the value proposition we had seen from other OnePlus devices. The Cyberpunk 2077 edition of the phone at CNY 5999 ($600 USD) could be a decent value, especially for the Cyberpunk fans out there. Besides being a decent value, the thing looks flat out cool. It is decked out in a black and yellow skin, which is a step above a DBRAND skin (though a DBRAND Cyberpunk skin would be sweet). The device will also be protected with the included Cyberpunk-themed case to protect the skin. 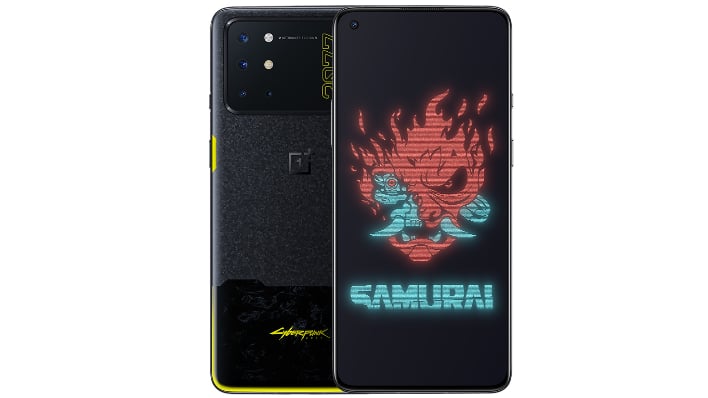 If you have a keen eye, you’ll notice that the camera area is quite a bit bigger than the standard OnePlus 8T model in the images. It appears that this change is just cosmetic, as the Cyberpunk 2077 logo takes up the extra space. As far as the other components go, there have not been any changes, it seems. It is still a OnePlus 8T under the hood with 12GB of RAM and 256GB of storage. HydrogenOS, OnePlus’ Android skin, did, however, get an update to fall in line with the Cyberpunk theme. UI features such as battery charging notifications now look futuristic in the Cyberpunk 2077 style. 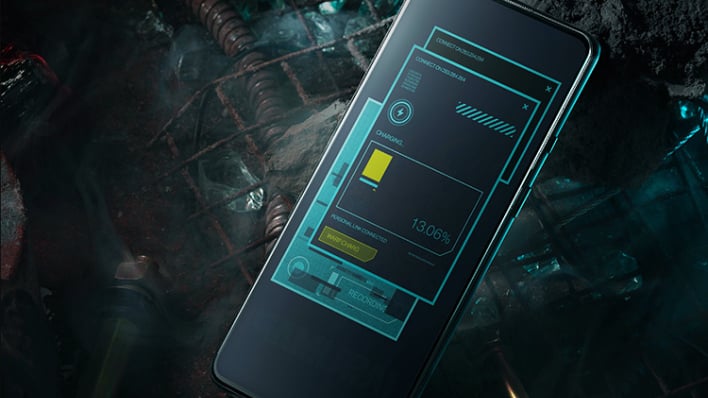 If you manage to get your hands on a device, you will also get some Cyberpunk 2077 stickers to customize your charging brick or whatever you want to put the stickers on. As for getting a device, they have gone on sale at Chinese e-tailers for preorder, with proper sales on November 11th. At present, there is no information on an international release for this phone, so you may have to import it. At CNY 3999 (~$600 USD), it still would be worth it, especially if you are a Cyberpunk 2077 fan. In any case, hopefully the phone will not be delayed in getting to international markets.