CD Projekt Red just released their H1 2021 results.The report contains a variety of information including what fans can expect in the future for games like Cyberpunk 2077. A next-generation update for Cyberpunk 2077 and Witcher III: Wild Hunt will reportedly be available by the end of 2021.

CD Projekt Red (CDPR) unfortunately provided little information about these updates and purposely avoided penciling in an exact date. CDPR SVP of business development Michał Nowakowski noted in a livestream, “... keeping in mind the lessons we have learned during the past year, and taking into account the fact that this project still remains in development, we can't say with full certainty that the production schedule will not change, of course.”

Nowakowski further stated that the same philosophy applied to the Witcher III: Wild Hunt. The situation is slightly different with this particular game as CDPR is working alongside video game developer Saber Interactive on this update. However, Nowakowski commented that the “development process is ongoing, and we cannot be absolutely certain that the release schedule will not change.” 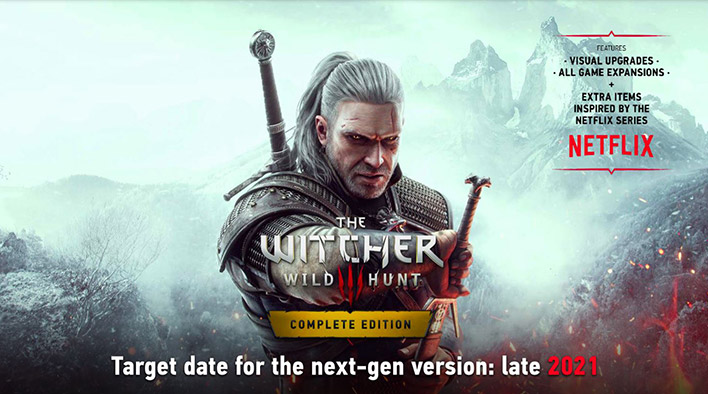 While we know virtually nothing about the Cyberpunk 2077 upcoming update, we do know a little about what to expect from the Witcher III: Wild Hunt one. It will feature visual upgrades, all the game expansions, and “extra items inspired by the Netflix series.” Our guess is that the update will coincide with the release of The Witcher Season 2 on Netflix this December.

CDPR’s caution is understandable given the rocky launch of Cyberpunk 2077. CDPR has admitted that they were far too focused on releasing the game and did not concentrate enough on fixing its many game-breaking bugs, especially the issues on older generation consoles. They have argued that they have learned from that mistake and are also working on better communicating with their fan base. CDPR’s report noted that they have so far released ten major hot patches and fixes to deal with performance and stability issues. They have also released several updates to improve the player’s overall experience. They are supposedly dedicated to supporting the game for years to come. Roughly one-third of their staff are continuing to work on the next-generation version and original game. The other two-thirds are working on an expansion or have been assigned to other projects that have yet to be announced.