Do you hear coughing and wheezing sounds coming from your PC? If so, it might be time to finally retire that aging CPU you've been holding onto for such a long time and treat yourself to an upgrade (or a brand new PC build). Other than the videocard situation being what it is (crummy), now is an otherwise good time to upgrade your system, especially if you're looking to piece together an AMD Ryzen PC with a Zen 3 chip.
Cyber Monday has arrived and with it comes a bunch of discounts on AMD hardware. One of the more interesting bargains applies to the Ryzen 7 5800X, which is on sale for $340.99 at Amazon (save $108.01 over MSRP). That's the lowest price to date on Amazon. Granted, it's sold for slightly lower at Micro Center, but only for in-store purchases. That's great if you happen to live near one of its 25 locations in 16 states, just not all of us have that luxury.
The current discounted rate at Amazon is a really good price regardless. This is a stout Zen 3 processor with an 8-core/16-thread configuration. It has a 3.8GHz base clock, up to a 4.7GHz max boost clock, and a generous heaping of L3 cache (32MB).
All of the other Zen 3 desktop CPUs are on sale too. Here's a rundown...
Looking at the price tracking history on Amazon, the Ryzen 9 5950X, Ryzen 9 5900, and Ryzen 7 5800 are all at or near their lowest prices ever. Only the Ryzen 5 5600X is not at or encroaching an all-time low, though it is priced below what it had been selling for before Cyber Monday. 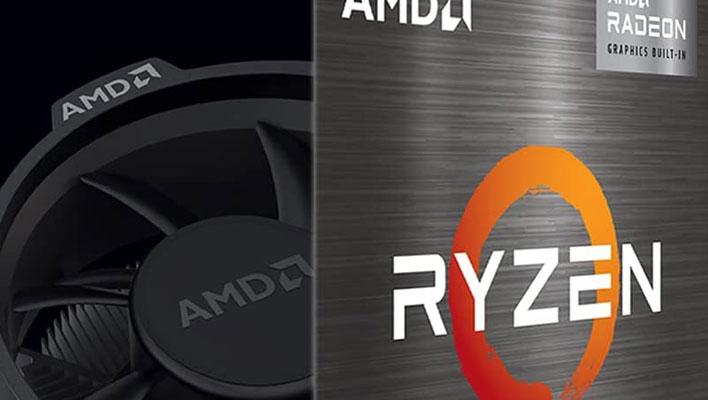 Another route to take on a new or upgraded build is an APU, especially since discrete graphics cards are so scare at the moment. These are great for lower end gaming PCs, or to buy yourself some time until discrete GPUs are plentiful again.
As such, the Ryzen 7 5700G is definitely worth looking into. It was on sale for $279.99 at Amazon (save $60), though it appears out of stock at the moment. If stock does not return, the next best price is $299 at Newegg. That's the discounted rate after using coupon code BCMAY22642 at checkout.
Codenamed Cezanne, the Ryzen 7 5700G is also based on AMD's latest generation Zen 3 architecture. It wields an 8-core/16-thread configuration with a 3.8GHz base clock, 4.6GHz max boost clock, and 16MB of L3 cache.
Those are similar specs to the Ryzen 7 5800X, though not exactly the same—it has a faster base clock, slower boost clock, and half the L3 cache. What really separates it, though, is the onboard GPU. The Ryzen 7 5700G sports integrated Radeon graphics based on Vega with 8 CUs (compute units) and a 2GHz clock speed. In short, this chip amounts to a high-end APU with respectable gaming chops.