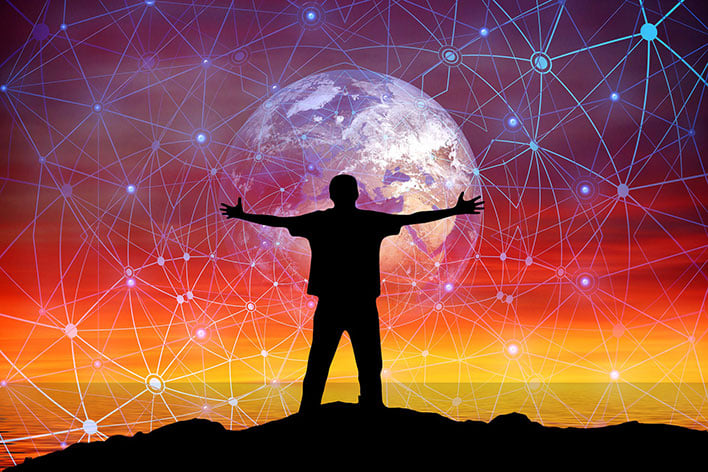 Daft Punk was not singing about the Internet when "Hardware, Better, Faster, Stronger" released in 2001, when most Americans didn't even have Internet access (let alone broadband speeds). Now nearly two decades later, it's a fitting jingle in light of the Coronavirus outbreak and the eventual impact it will have on the Internet.
That's putting a positive spin on things for sure. In the short term, the Internet is feeling the strain of more people than ever accessing the web and using online services at the same time, as stay at home orders, school closings, and the temporary suspension of many businesses permeate the nation. To deal with this, streaming video services like Netflix and Disney+ agreed to reduce the quality of their video feeds in Europe for the time being.
You may have also noticed that some apps and services act a bit more wonky than usual. It's probably not your router, but the result of way more people flooding certain online services (COVID-19 hasn't been a doomsday for ISPs, though). For example, Steam logged more than 24 million concurrent players last weekend, which was a jump of 25 percent since February.
Obviously the main concern with COVID-19 is not gaming and other online services, but the health and safety of people around the globe. But we will get through this. And when we do, a silver lining (if you want to call it that) to this epidemic on the technological side is that the Internet will be poised to be better tomorrow than it is today.
The Internet as a mainstream service is not very old, and so there is obviously room for improvement in the infrastructure as a whole. As reported by MIT Technology Review, Netflix and Equinix, which collectively operate 200 data centers around the world, are making upgrades as quick as they can. As it pertains to Equinix, the company is in midst of bolstering its traffic capacity from 10 to 100 gigabytes.
That was always the plan, but originally Equinix intended for it to take a year or two to finish. Now the upgrades are being done in just a matter of weeks, to help cope with the increased demand the Internet is facing right now.
With regards to Netflix, the streaming video provider aims to install hundreds of additional servers in the second and third biggest hubs in each region.
It's not just Netlix and Equinix, either. Zoom is analyzing where its traffic is coming from and working with broadband providers to install dedicated connections in those areas, which should help with the quality and reliability of video conference feeds. And on top of it all, some wireless providers and ISPs are suspending data caps for the time being (and hopefully they will become permanent, but that is probably overly optimistic).
So, there's your positive takeaway as we head into another weekend of isolation and social distancing. Stay safe, folks.