Could Quantum Analysis Of Black Holes And AI Reveal If Our Universe Is Just A Hologram?

Researchers are attempting to use quantum computing and machine learning in order to gain a better understanding of holographic duality. The study is the first systematic survey for quantum computing and deep-learning as it pertains to matrix quantum mechanics, and lays the groundwork for addressing more complicated problems in the future.

Quantum computing is not suited for every task that a computer can tackle. However, it is superior when tackling specific problems, such as encryption. It is thought that quantum computing could spell the end for cryptocurrency, but the technology to take down the highly popular currency does not yet exist. In the meantime, researchers are focusing on using quantum computing and machine learning to try and gain a better insight into things such as holographic duality.

So, does holographic duality suggest we are nothing more than a hologram? Not quite, suggests Brian Koberlein, astrophysicist and physics professor at Rochester Institute of Technology. He says that it means there is a duality. Koberlein uses the example of looking into a mirror. Instead of thinking of you being the reality, as opposed to your image, think of the reflected image being what is real. He says, "The duality between you and your reflection means we could just as easily describe the mirror universe as we do our own."

"In Einstein's General Relativity theory, there are no particles, there's just space-time. And in the Standard Model of particle physics, there's no gravity, there's just particles," states Enrico Rinaldi, research scientist in the University of Michigan Department of Physics. "Connecting the two different theories is a longstanding issue in physics, something people have been trying to do since the last century." 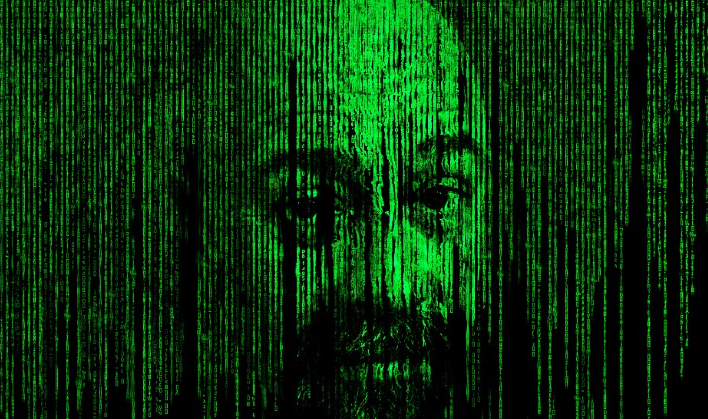 In the study published in the journal PRX Quantum, researchers look at how to probe holographic duality using quantum computing and deep learning in order to find the lowest energy state of mathematical problems called quantum matrix models. The models are representations of particle theory. Due to the fact that holographic duality suggests that what happens mathematically in a system that represents particle theory will have a similar affect on a system that represents gravity, solving such a quantum matrix model could unveil information about gravity itself.

Rinaldi suggests, "We hope that by understanding the properties of this particle theory through the numerical experiments, we understand something about gravity. Unfortunately it's still not easy to solve the particle theories. And that's where the computers can help."

The team of researchers used two matrix models simple enough to be solved using traditional methods, but which have all the features of more complicated matrix models used to describe black holes through the holographic duality.

"Because these matrices are one possible representation for a special type of black hole, if we know how the matrices are arranged and what their properties are, we can know, for example, what a black hole looks like on the inside." Rinaldi continues saying, "What is on the event horizon for a black hole? Where does it come from? Answering these questions would be a step towards realizing a quantum theory of gravity."

While the thought of holographic duality and matrix models may bring to mind movies such as Interstellar and The Matrix, Rinaldi and his team of researchers believe the results of their study show an important benchmark for future work on quantum and machine learning algorithms that can be used to study quantum gravity through the idea of holographic duality.