Quantum computing is the next big field of research that could topple how we use computers today. Now, IBM has proved and demonstrated that quantum computers have advantages over their classical counterparts.

To understand what IBM has done, we must first grasp how quantum computing works today. As the blog post describes, computing can be viewed as circuitry, where at the start are a number of classical or quantum bits (qubits). These bits are set to a starting value and then traverse through the circuit, which imparts change on the bits through gates that depend on a user-written program. For example, to compute 1 + 1, you must start at 1, then go through a plus gate to increase the starting value by one. In both quantum and classical cases, you end up with a set of zeros and ones akin to what you started with, but the difference in the two systems appears during the circuit process. 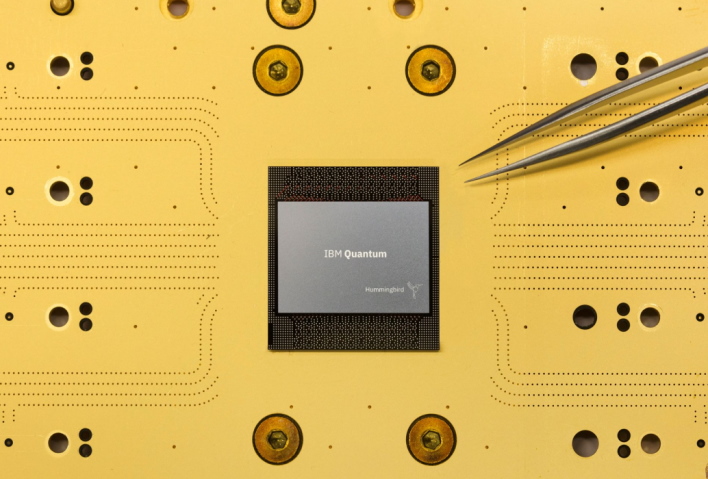 The IBM researchers behind this blog state that "In the classical version, these bits are switches that can only take one of two positions—on or off." On the other hand, quantum bits "have access to a larger space of values; they can take on a combination of the two switch positions each with a corresponding amplitude, represented by a complex number." Then at the end, the quantum bits are measured, which gives a singular bit, "with the amplitudes dictating the probability of returning each qubit value."

In the research, "Quantum Advantage For Computations With Limited Space," the IBM team looked at circuits that could only have two input gates and a single bit for computations or scrap work. The paper showed that, mathematically, "there are functions that the restricted classical computer cannot compute but that the restricted quantum computer can." This was then proven by pitting a classical computer against a current "noisy" quantum computer, meaning, in essence, it has some defects.

Ultimately, this is a lot to take in, so in short: quantum computing will beat out classical computing in certain cases due to its advantages. What's more is that "The IBM Quantum team is continuing to develop hardware that we hope will provide speedups for some of today's hardest quantum computing problems," so there is much more to come. Thus, stay tuned to HotHardware for quantum computing updates.