AMD came out with guns blazing with the announcement of its Matisse Refresh Ryzen 3000XT processors, which are built around an enhanced version of the company’s 7nm process node. While Corsair isn’t using AMD’s latest processors, the company is bringing the standard-issue Ryzen 3000 processors to its “One” family of compact gaming PCs for the first time ever.

Despite its compact dimensions, the One a100 is available with either a 12-core/24-thread Ryzen 9 3900X or the flagship 16-core/32-thread Ryzen 9 3950X processor. The latter is an absolute beast for a consumer desktop system with its 3.5GHz base clock and 4.7GHz boost clock. No matter which processor you select, you’ll get 32GB of Corsair Vengeance LPX DDR4-3200 memory (2x16GB). 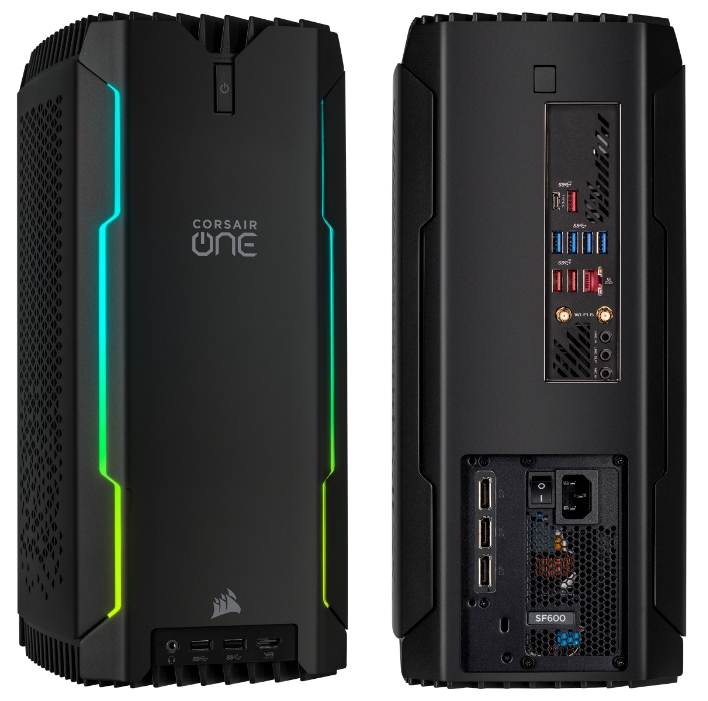 All of the One a100 systems include a 2TB 2.5-inch 5400 RPM HDD to handled extended storage duties, a Corsair SF600 80+ Gold power supply, GbE, Wi-Fi 6, and a whole gaggle of USB Type-A and Type-C ports for your connectivity needs. In case you haven’t already noticed, Corsair is rightfully using a bunch of its own high-performance hardware in these systems.

“Since the recent launch of the AMD Ryzen 3000 Series, customers have been asking when we’ll release a Corsair One with them,” said Dennis Jackson, Corsair Director of Marketing for Gaming Systems. “Now with the a100, we deliver the full power of 3rd Gen Ryzen and PCIe 4.0 in the unique form-factor of the Corsair One.”

The Corsair One a100 family is available right now direct from the Corsair webstore for U.S. customers.

Tags:  AMD, Corsair, (nasdaq:amd), ryzen 9 3950x, corsair one a100
Show comments blog comments powered by Disqus
Follow Us:
What Are You Playing Now?