Colorful is launching an iGame GeForce RTX Customization series with easily removable backplates, one of which is a blank canvas to imprint your own graphics, and I hope other GPU makers take note. While the execution here doesn't sound perfect (more on that in a moment) the general idea is a sound one—letting users customize how their graphics cards look.
Transparent side windows on computer cases are commonplace these days, and there's also an increased trend towards vertically mounting GPUs to show off the shroud. That's one area where this concept could use some tweaking. Vertically mounted GPUs show off the front the card rather than the backplate. At present, Colorful's concept only applies to the backside. 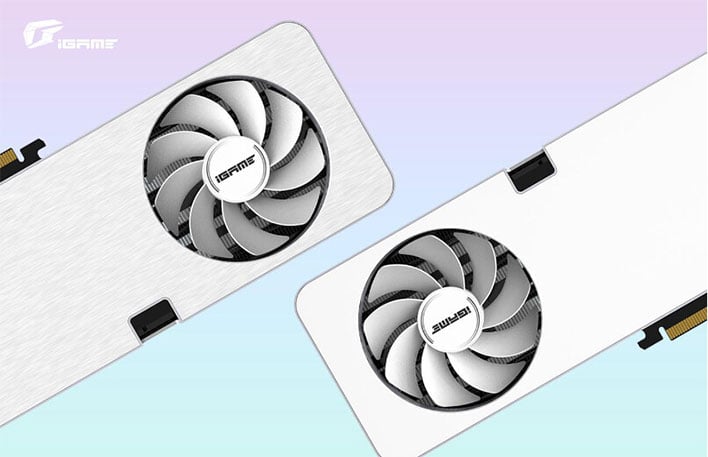 That said, in a traditional installation you can see the backside of the graphics card through a side window. Colorful says it is including two backplates with its new series, including a brushed aluminum silver backplate and a blank aluminum one in a white finish. The card and backplates features a "magnetic locking mechanism making it easy to swap" them out.
"Out of the box, the iGame GeForce RTX Customization Series comes with a pair of Vultune style decal stickers that provide a unique flare. Users can easily customize and create their own decal for the blank backplate," Colorful explains.
This is the other part that might need some work. Will users really embrace decorating their graphics cards with stickers? And will Colorful offer a customizable template to work with that, when printed, would cover the entire backplate?
Still, this feels like a promising concept. Colorful is not as popular in the US as companies like EVGA, Gigabyte, ASUS, and MSI. But if any of them offered an online tool to create and buy custom backplates, there would probably be a market for it (as proven by third-party firms that already offer such a service). Or there would be once graphics cards are no longer in short supply—as things stand, finding an GPU in stock is the pressing concern versus how it looks. 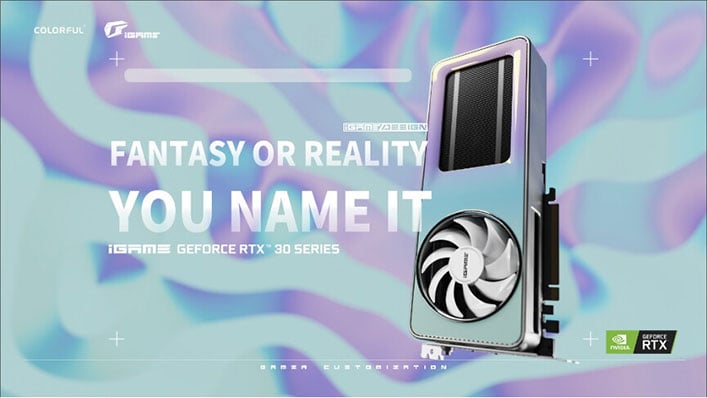 So far it looks like Colorful is offering just one card as part of its new series, that being a GeForce RTX 3060 Ti with a 1,410MHz base clock and up to a 1,695MHz boost clock (OC mode). The front of the card features a "dreamy shroud design" with a "mixture of purple and green shade in gradient color." And for cooling it uses two axial fans, one on each side of the card.
There's no mention of how much the customizable iGame card costs or when it (and other models) will be available.