There's no question that Animal Crossing: New Horizons has taken the gaming community by storm. First launched for the Nintendo Switch earlier this year, the game has become a huge hit driven in part by the fact that most of us have been locked away at home due to COVID-19.

Now, Nintendo looks to have another potential hit on its hands with Clubhouse Games, which launches on June 5th. Its full title is Clubhouse Games: 51 World Classics, and it's a follow-up to the original that launched for the Nintendo DS 15 years ago. The collection of games will ring in at just $39.99, which is a far cry from the typical $59.99 asking price of new first-party Nintendo Switch titles.

You'll find plenty over four dozen gems within including board games and tabletop games to keep you entertained, even as COVID-19 restrictions are starting to lift. There are popular mainstays like Texas Hold 'Em, Connect 4, Checkers, Solitaire, Yahtzee, backgammon, and even darts.

Some rather interesting additions include a sleek-looking slot-car games (a favorite pastime when I was a kid growing up in the 80s), and a Rock 'em Sock 'em-style Toy Boxing game in addition to Toy Baseball, Toy Soccer, Billiards, and Bowling. 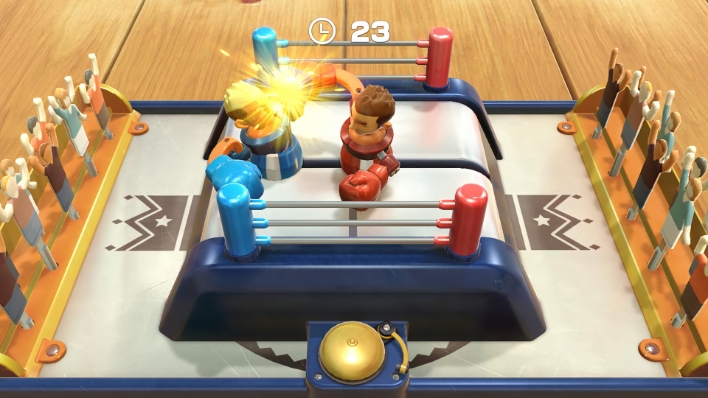 Many of the games take advantage of the touch screen controls of the Nintendo Switch allowing multiple people to join in on the fun, which would be a good way to keep yours kids from killing each other over summer break. Or if could give parents some time to interact with their children with some brain-challenging games rather than mindless blasting fun found with titles like Fortnite.

There’s enough content here to keep anyone entertained for days, weeks, or even months on end. And at the $40 price tag, it seems like an absolute steal and a must-have for anyone with a Nintendo Switch.