We've been hearing for years (literally) that Google is working to make Chrome less of a memory hog. Maybe not in those exact words, but Google has pushed out an updates on numerous occasions with optimizations designed to make the browser handle system memory better than it does. And now once again, Google is making the same promise with the introduction of two brand new performance settings headed to the world's most popular browser (by market share).
"From the beginning, we designed Chrome for speed. But performance is more than just delivering a fast browsing experience. Today, we’re announcing Chrome will now be optimized for your device’s battery and system memory," Google states in a blog post.
Google goes on to say that with the latest Chrome release on desktop (version 108), the two new settings—Memory Saver and Energy Saver—will enable the browser to use "up to 40 percent and 10GB less memory" for smoother-running tabs, and "extend your battery life when it's running low."
Fair or not, Chrome still has a reputation for playing fast and loose with system RAM. This typically isn't noticeable to casual users. But for power users who routinely navigate dozens of tabs, Chrome can sometimes feel like it has an insatiable appetite for memory. 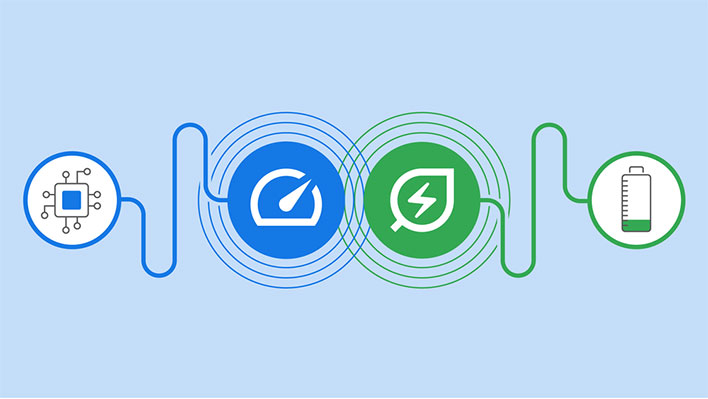 What the Memory Saver feature does is free up memory from tabs that are in the background, thereby giving active tabs "the smoothest possible experiences."

"This is especially useful if you’re running other intensive applications, like editing family videos or playing games. Any inactive tabs will be reloaded when you need them," Google says.
Meanwhile, the Energy Saver feature, when enabled, limits background activity and visual effects on websites with animations and videos when the device's battery level falls to 20 percent. It will be interesting to see how much effect this toggle actually has on laptops, which will undoubtedly vary by model and different use cases.
You can update to Chrome version 108 right now (click the three vertical dots in the upper-right corner and navigate to Help > About Google Chrome). However, the two new performance modes are not available just yet—Google says they'll roll out globally to Windows, macOS, and ChromeOS over the next several weeks.
There's no mention of whether the same features will port over to Microsoft's Edge browser, which is based on the same Chromium platform that runs Chrome. That said, Chrome is still the most dominant browser on the market. According to the latest figures by StatCounter, Chrome's share of the browser market sits at nearly 66 percent, compared to 18.7 percent for Safari, 4.44 percent for Edge, 3.04 percent for Firefox, and less than 8 percent for all other browsers combined.