A new flag has been found in Chrome OS 101 that seems to indicate the possibility of enabling variable refresh rates (VRR). The flag, chrome://flags#enable-variable-refresh-rate, has to be used with "capable displays", according to Google.

Chromebooks are continuing to evolve from the idea of only being good for very light workloads. Cloud gaming services have enabled Chromebooks of being capable of playing AAA games, as long as you have a decent internet connection and are not too far away from the server. But rumors have also been hinting at other improvements to these mostly affordable laptops.

VRR in a nutshell is the ability of your screen to dynamically adjust how often it refreshes in order to match the frame rate to the GPU. It helps prevent things such as screen-tearing by syncing the refresh rate of a display with the frames-per-second (FPS) of the images being displayed on the screen. By adding this feature, Google could be hinting at an upgraded experience on future Chromebooks, being that none of the current Chromebooks have "capable displays." This could help affordable Chromebooks and Chrome OS tablets compete with more costly competitors, like the Samsung Galaxy Tab S8 that has a refresh rate of 120Hz. 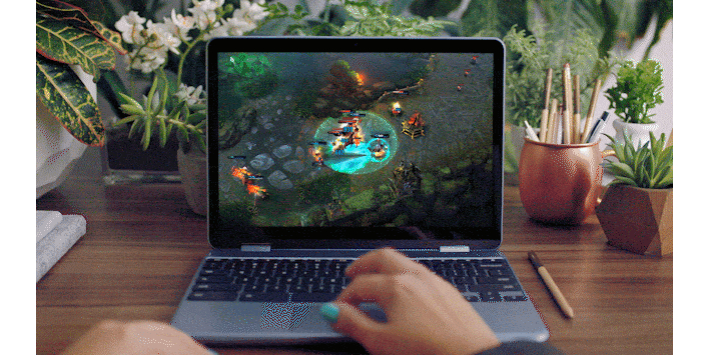 It is also likely to be a future feature on the rumored gaming-focused Chromebooks. Google has indicated that Steam will be "coming soon" to Chrome OS and there has been talk about the release of three possible gaming-focused Chromebooks. Throw in the discovery last month of Chrome OS support for RGB keyboards, and one would think gamers have something to look forward to.

The flag also makes a note of adaptive sync. AMD and NIVIDIA both support VRR and offer their own version of adaptive sync. AMD's is called FreeSync and uses a royalty free implementation of the variable refresh technology, while NVIDIA's is referred to as G-Sync and is a proprietary solution. AMD would seem to be the more likely of the two to be utilized in future Chromebooks.

Even if you are not a gamer, the addition of VRR could mean a better viewing experience for your daily intake of YouTube videos and movies as well. Regardless of which experience VRR improves for each individual, it is exciting to see Chrome OS 101 is continuing to expand beyond "just a browser". The flag was first spotted by Kevin Tofel at About Chromebooks.