In May, China began a cryptocurrency crackdown that kicked off a mass exodus of digital miners from the country. Since then, this crackdown has continued and even been reaffirmed as of late with several major mines' shutdown. This has put cryptocurrencies like Bitcoin and Ethereum into a tailspin, and it is hard to tell where this will end.

In the past two months, Bitcoin has lost over 40% of its value, and some investors are rightfully concerned. With this loss, analysts report that Bitcoin has formed a "death cross," which means the average price over the last 50 days fell below its 200-day moving average. According to Investopedia, this is sometimes viewed as a signal that a massive sell-off could occur and was used to predict bear markets such as those in 1929, 1938, 1974, and 2008. 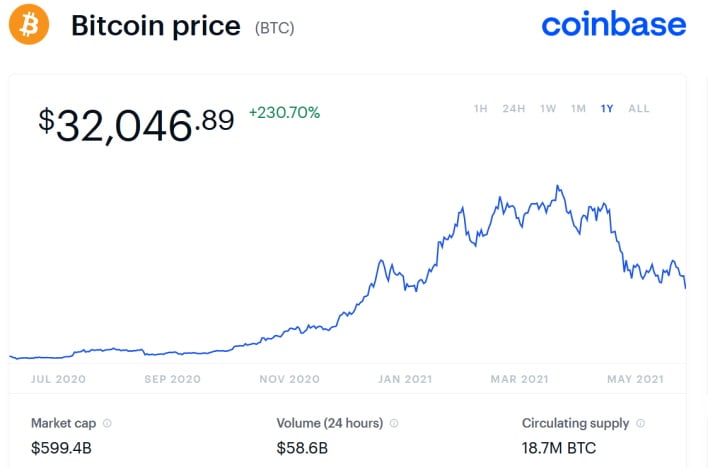 However, other analysts believe that this downturn will not be as bad as it seems. Aljazeera spoke to the chief market strategist at Miller Tabak + Co, Matt Maley, who explained that "the formation this time around might not be as bearish of a signal given that the 200-day moving average is still rising." Of course, there will be some concern when the 200-moving day average starts declining as well, but that has not happened yet.

We have also seen this pattern form in previous years with no major change following, such as in March 2020. Of course, there is always the potential for something bad to happen, but it is less likely than what the death cross typically indicates. Moreover, while the Chinese cryptocurrency crackdown has put a speed bump into the situation, it is just that and only temporary. We may see a massive turnaround in price once miners get situated in other countries. Whatever happens, it will be something to watch, so keep an eye on HotHardware for updates.