Last week, the CEO of messaging app Signal got his hands on Cellebrite software, which is typically used for extracting data from mobile devices. Several security vulnerabilities were discovered with this acquisition, leading to Signal including files in its app that would corrupt all present and future data collected by the Cellebrite utility. Now, the Cellebrite Physical Analyzer, or “the most intrusive phone cracking tool offered by the company,” is no longer fully supporting iPhones.

Cellebrite is an Israeli digital forensics and intelligence company that provides both hardware and software to crack phones. These products are used by law enforcement agencies around the world and has become ubiquitous with phone cracking. This sort of utility exists in a moral and legal gray area, so people are concerned about its ethics and their own privacy. When Signal CEO Moxie Marlinspike got their hands on the product, it was seen as a win for privacy as the Signal app now includes files to block and ruin data collection by a Cellebrite device. 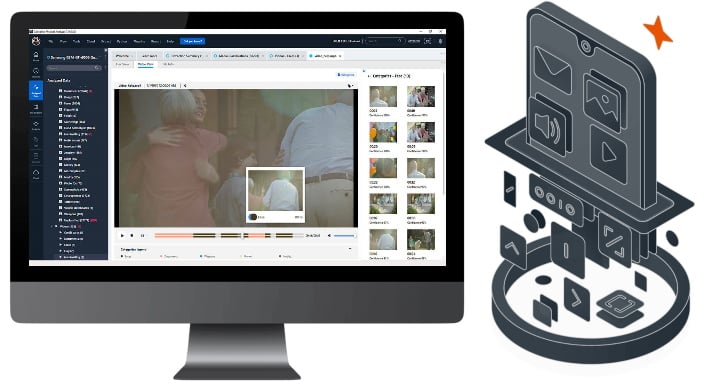 Since the Cellebrite Signal-hack, it appears that the company has taken care of some of the security vulnerabilities, but they were not able to protect against Signal’s Cellebrite protections that were implemented to corrupt the Physical Analyzer software. Thus, in an update message acquired by 9to5Mac, Cellebrite informed users that “the Advanced Logical iOS extraction flow is now available in Cellebrite UFED only.” This means that iPhones are no longer allowed to be analyzed by the intrusive software module, which could be a dealbreaker for those who use Cellebrite’s tools.

However, this does not mean that iPhones are safe from data extraction because Cellebrite users can use the UFED app to extract the data and then send it to the Physical Analyzer. Perhaps iPhone devices will become safe at some point in the future if Apple decides to go after Cellebrite for the inclusion of iTunes software packages in Cellebrite’s software. Whatever ends up happening, keep an eye on HotHardware for updates on Cellebrite software.