Back in early February, CD Projekt Red was the unfortunate victim of a network breach, which allowed hackers to make off with source code for some of its most popular games -- including the recently released Cyberpunk 2077. The perpetrators of the heist reportedly sold the source code for Cyberpunk 2077 and The Witcher 3 to an unnamed party on February 11th.

Since that time, the source code has been leaked to the internet, with several brazen individuals posting links via Twitter. To combat these latest leaks of its source code, CDPR is issuing DMCA takedown notices for the tweets. Motherboard was able to obtain the text of one of these notices, which stated, “Description of infringement: Illegally obtained source code of Gwent: The Witcher Card Game. Posted without authorization, not intended to be released to the public."

According to Motherboard, the person that received the DMCA takedown via email included a link to a torrent with the offending source code in their tweet. Sharing source code from a well-publicized leak on a public forum isn't exactly the smartest move. The email also contained links to the three other tweets that had been flagged for DMCA violations for sharing CDPR source code. 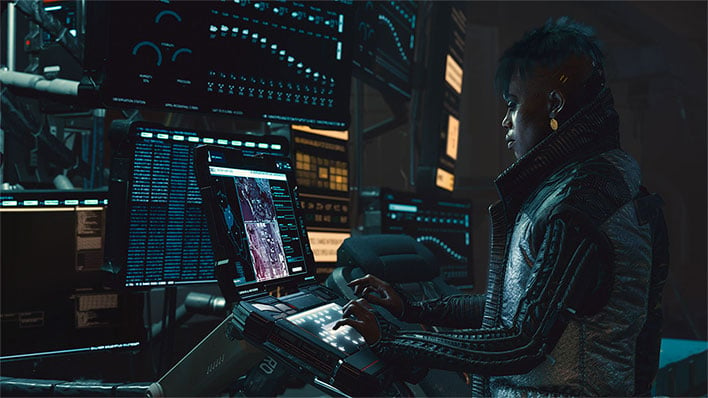 CDPR originally announced that it had been breached nearly two weeks ago, and at the time remained adamant that it would not pay any ransom for its stolen source code. "We will not give in to the demands nor negotiate with the actor, being aware that this may eventually lead to the release of the compromised data. We are taking necessary steps to mitigate the consequences of such a release, in particular by approaching the parties that may be affected due to the breach," said CDPR at the time.

"We are still investigating the incident, however at this time we can confirm -- to our best knowledge -- the compromised systems did not contain any personal data of our players or users of our services."

A massive breach like this is the last thing that CDPR needs to deal with right now. The company is already facing backlash from gamers over the sheer number of bugs and performance-related issues in Cyberpunk 2077, which launched back in early December 2020. The company has issued several hotfixes to address the problems with the game, but still has a lot of work to go to fix the game (while also bringing next-generation performance and graphics updates for the PlayStation 5 and Xbox Series S/X).