Things on the Cyberpunk 2077 front have started to settle down a bit after its highly anticipated launch was marred by dozens of bugs and performance/crashing nightmares on previous generation PlayStation 4 and Xbox One consoles. Things got so bad that refunds had to be issued for the game, and developer CD Projekt Red (CDPR) is facing multiple class action lawsuits for allegedly misleading investors.

During all the Cyberpunk 2077 launch drama, CDPR affirmed that it would release two major updates to address lingering problems with the games: one in January and one in February. Well, CDPR today confirmed that the first of these updates will land within the next 10 days in a video address, which you can view below.

In the video, CDPR co-founder Marcin Iwinski explained that the programmers who worked tirelessly on the game should not be blamed for any shortcomings. Instead, he said that the buck stops with him and the board, who were the final decision makers that pushed the game out the door.

He also explained that the company made it "more difficult for ourselves" by targeting the game for optimum performance on PCs, then scaling it down to work on consoles. This in turn caused many of the significant performance problems that we're seeing on consoles. Iwinski goes on during the 5-minute video to talk about what was happening behind the scenes, and what went wrong. We'd suggest that you watch the full video to get a better understanding of what happened. 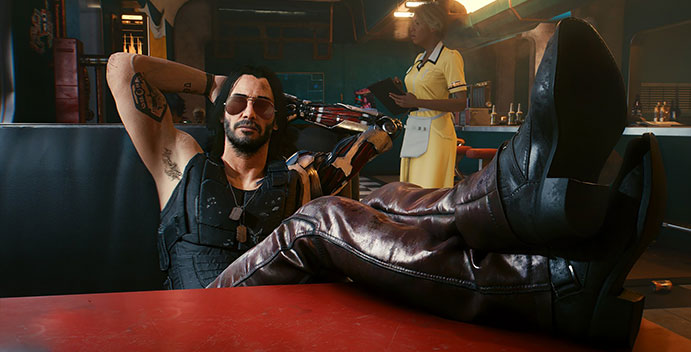 In addition to the video, CDPR has also posted a FAQ to give gamers some quick and dirty facts on what exactly wrong (if you don't want to sit through the video). Here are a few excerpts:

Q: What was the main issue that made development for consoles that difficult?

A: The main culprit was having to constantly improve our in-game streaming system for old-gen consoles. Streaming is responsible for “feeding” the engine with what you see on screen, as well as the game mechanics. Since the city is so packed and the disk bandwidth of old-gen consoles is what it is, this is something that constantly challenged us.

Q: Didn’t you test old-gen consoles to keep tabs on the experience?

A: We did. As it turned out, our testing did not show many of the issues you experienced while playing the game. As we got closer to launch, we saw significant improvements each and every day, and we really believed we’d deliver in the final day zero update.

Q: You have said there would be free DLC for the game in ‘early 2021’, will this be impacted by improvements?

A: We’re still planning on releasing free DLC for the game, just like with The Witcher 3. However, we have decided that our priority is working on the most important fixes and updates. We will be releasing free DLC afterwards — we’ll have more to say about that in the coming months.

You can read the full FAQ by visiting the official Cyberpunk 2077 website. With regards to the second major update that was promised, that appears to still be on track for release in February. As for the previously announced "next-gen" version of the game for PlayStation 5 and Xbox Series X consoles, CDPR says that it will arrive in the latter half of 2021.