CD Projekt Red's much-anticipated game, Cyberpunk 2077, received a yet another delay a few days ago, pushing it back to December 10th. While not a light decision, pushing the game back was done so that some final technical details could be ironed out, according to Adam Kiciński, joint CEO of CD Projekt Red, in an investor's call. In the same investors call, both Adam Kiciński and CFO Michał Nowakowski pinned down the December 10th date along with some other interesting tidbits.

The biggest thing on everyone's mind is the delay of Cyberpunk 2077. When the questions opened on the investors' call, the first one asked was why the team is so confident in the December 10th date when delays had been "ruled out" before. Adam Kiciński fielded the question and explained that they want to "get more things ready to [their] satisfaction." The game could have launched on November 19th, but current-gen performance and experience just were not up to snuff. In later questions, Kiciński said that "We feel –maybe not comfortable [chuckle], but confident and will are releasing on the 10th." CFO Nowakowski was asked if the game is definitely coming out on December 10th, and he replied, "That's more or less what I'm saying, I guess –yes." When it comes to delays, though more could be possible, it will not make much sense for sales. Launching before Christmas and around the PlayStation 5 and Xbox Series X and Series S launch would provide a solid boost for CD Projekt Red's sales.


We have important news to share with you pic.twitter.com/qZUaD6IwmM

The only concern for sales at this point would be the editions of the game that are releasing. They claim that they are testing up to nine versions of the game, but they are scaled back versions. An investor asked for clarification on next-gen optimization, and Kiciński stated that "with next-gen: what we are releasing now is the current-gen version, which can be played on next-gen consoles thanks to backward compatibility, but without next-gen-specific features." He went on to explain that "Next year [CD Projekt Red] will be releasing a full-blown next-gen version –perhaps not optimized for next-gen, but with next-gen features implemented. It won't be –like the current version –merely an emulation of the current-gen." To break it down, it seems there will be a version of Cyberpunk 2077 coming to all consoles in December with a "next-gen" edition of Cyberpunk coming next year sometime. Hopefully, it will be just a free upgrade, but we will have to see. Overall, it sounds like a lot of work for the developers in the coming weeks. 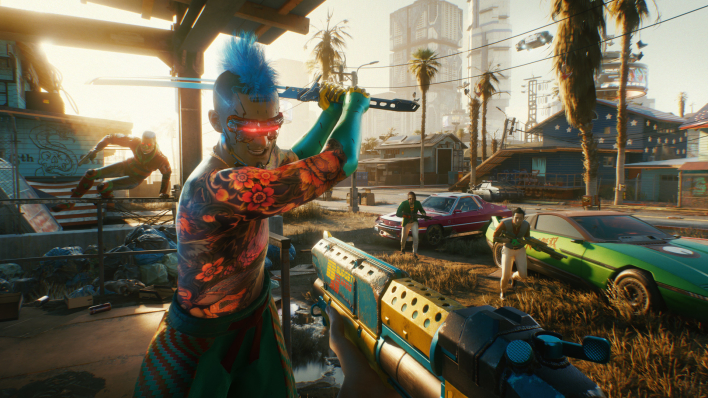 The concern about work for developers is a concern of the investors too. An investor asked Kiciński about crunch, and the extreme pressure developers face to get something out the door. Kiciński reported that crunch was "not that bad –and never was," and "and some people have been crunching heavily, but a large part of the team is not crunching at all since they have finished their work." Jason Schreier, a video game reporter for Bloomberg, tweeted that he spoke with a CD Projekt Red developer, and the dev claimed they worked a "100-hour week." While claims like this are not hard to believe, it juxtaposes Kiciński's statements entirely. This crunch level is entirely possible, though, so perhaps we will hear more from developers after the game releases.

Look, a CDPR dev told me recently that they'd just clocked a 100-hour week. Another (former) dev just told me they saw some of their friends there and they looked "physically ill." So kindly gtfo with the "but but but I work long hours too" responses

The launch of Cyberpunk 2077 has been all over the place as delays, technical issues, and crunch concerns have mired the launch process. Hopefully, we will get to see Night City in current-gen glory soon and next-gen versions next year, but for now, we will have to wait and see what happens. In any case, let us know if you preordered Cyberpunk 2077 and what you think of the chaos surrounding the launch date(s) being shoved to December 10th. On the plus side, at least you may now have time to get your hands on an NVIDIA GeForce RTX 3090 before launch, so there is always a silver lining.