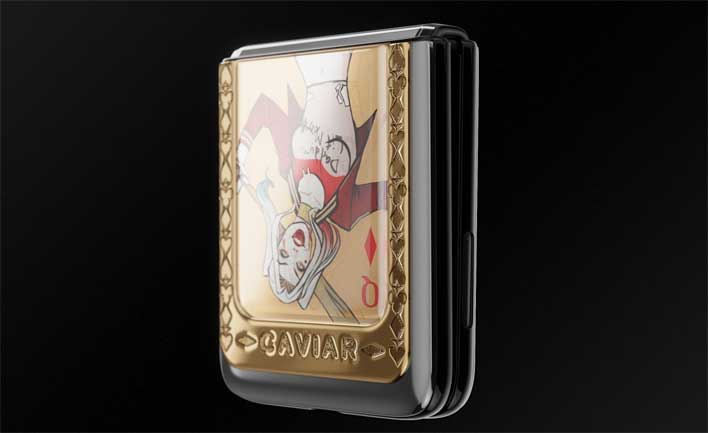 Samsung's latest folding screen smartphone, called the Galaxy Z Flip, is expected to launch soon for around $1,400. Custom luxury goods maker Caviar is producing a special version of the Galaxy Z Flip that has Joker and Harley Quinn images on the outside of the phone. The price is also much higher than the standard device is tipped to cost. 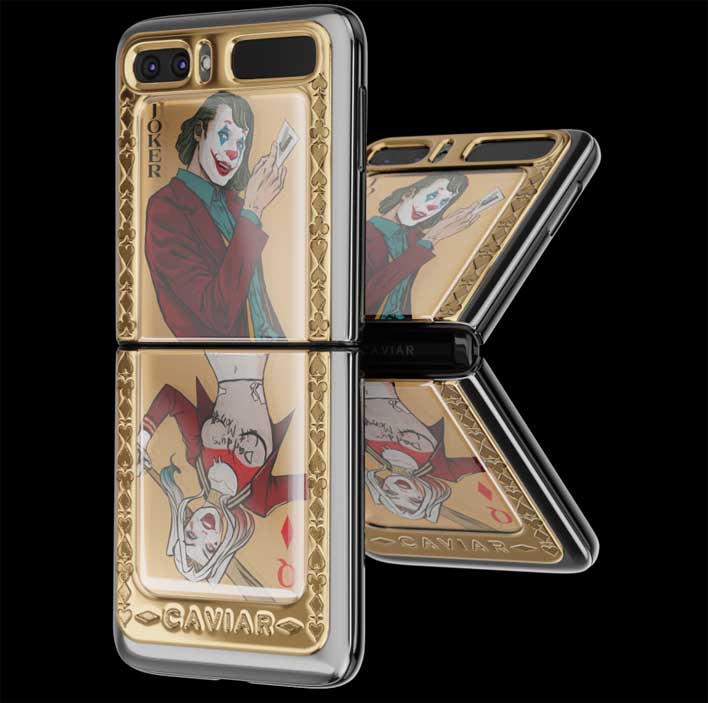 Caviar has the preorder price for the Joker and Harley Quinn Z Flip listed at $5,210, and only 54 units will be made available. The Joker and Harley Quinn graphics are made in the design theme of a playing card. The case is covered in 999 gold using Double Electroplating technology and is then decorated with embossed engraving in the form of card suits. The 54-unit run was chosen because that's the number of playing cards in a classic Joker deck. There is no indication of when smartphone might ship. 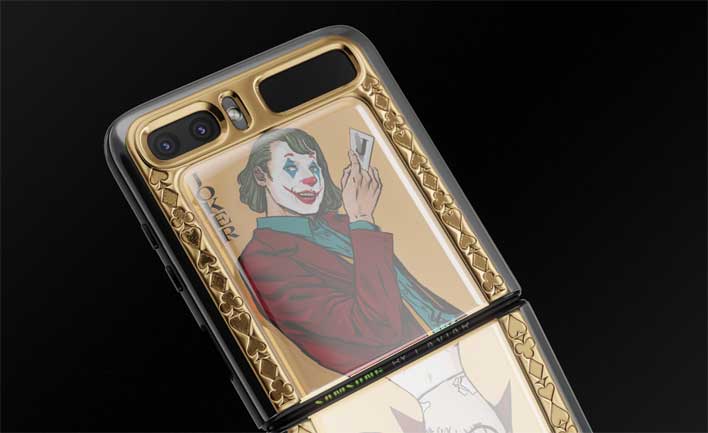 Recently, a hands-on video surfaced, giving us a look at what the device is like in hand. It appears to be roughly twice as thick as a typical smartphone when folded, which will likely make it difficult to fit into a pocket for most users. When the smartphone is unfolded, the display is 6.7-inches, and it's covered in flexible ultra-thin glass rather than plastic as the Galaxy Fold was.

Inside the smartphone is rumored to be a Snapdragon 855+ SoC, and rumors do suggest the smartphone won't support 5G. The SoC is tipped to be paired with 8GB of RAM and 256GB of internal storage. This device has no headphone port and no memory card slot, which could be deal killers for some users.