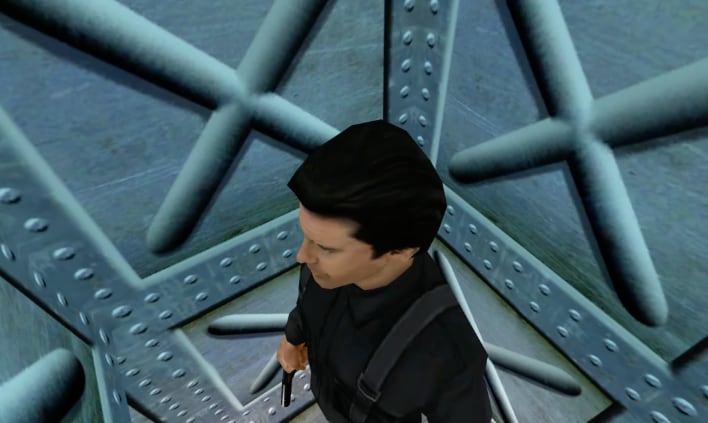 Over the weekend, we got out first glimpse at the Xbox Live Arcade (XBLA) remaster of the classic (and game changing) GoldenEye 007. GoldenEye 007 was originally released for the Nintendo 64 console back in 1997 and quickly became one of the platform's most popular games.

A 2-hour walkthrough of the game was posted to YouTube showing the game running with vastly improved graphics at 4K resolution and 60 fps. The remaster was originally developed back in 2007 by Rare, but it was cancelled due the sheer number of parties involved with licensing and copyright matters.

“The main reason it didn’t happen was because there were too many stakeholders,” said GoldenEye composer Grant Kirkhope in an interview with Video Games Chronicle. “Microsoft, Nintendo and EON could never agree on terms, and that’s before you even start to consider getting all the original movie actors to agree to have their likenesses used again. It would’ve cost a lot of money to get it done and because of that the project probably wouldn’t have been financially viable.”

I've updated the pinned comment on my longplay video regarding "Nintendo and the cancellation of XBLA".

I'd appreciate it if you gave it a read before saying that Nintendo is the main issue and I misunderstood or simplified the problem, I did not.

With that being said, the "lost" GoldenEye 007 ROM is now being circulated around the internet via the usual suspects. We're obviously not going to link to them here, but if you're familiar with the ROM community, you probably know where to look. With an emulator, you can play the game in all its glory on your Windows PC. You'll have the choice of playing the game either with its remastered graphics, or how it originally looked on the Nintendo 64, which is a nice touch. There are reports of the ROM being booted up in Windows 10 with the Xenia emulator with no proems whatsoever.

If you are of a certain age, GoldenEye 007 probably holds a near and dear spot in your heart. Getting a chance to have another shot at the game in remastered glory on your PC is definitely a treat.