It is almost that time again, the time in which here in the United States we celebrate those who fought for the safety of our nation, Memorial Day. Except we're not talking about that, we're talking about a fictional version of the world and the video game series associated with it. That's right, another year, another Call of Duty.


This one is a long awaited follow up to Call of Duty: Modern Warfare from Activision, aptly named Call of Duty: Modern Warfare II, catchy. In order to announce this new game the team at Activision and its subsidiaries worked to provide a really cool drone-footage style trailer. Within the trailer it includes the characters we learned to love speaking over massive banners with their visual representation plastered all over them.

The announcement page claims that the iconography represented in the video is "visible-from-space." Admittedly a claim that's hard to prove, but space telescopes have gotten better in recent years, so maybe.

The actual trailer is really cool with some very impressive drone flying, likely performed by a professional. Starting off with a pan over the carrier holding the Task Force 141 Operative Ghost imagery. Add some impressive drops, flips, gaps, and even reverse flying it's pretty clear to see this particular drone pilot is a professional. Eash major movement of the camera from the drone footage reveals yet another one of the titular characters from the title as it pans up, over, and around more shipping containers in a ship yard at the Port of Long Beach. 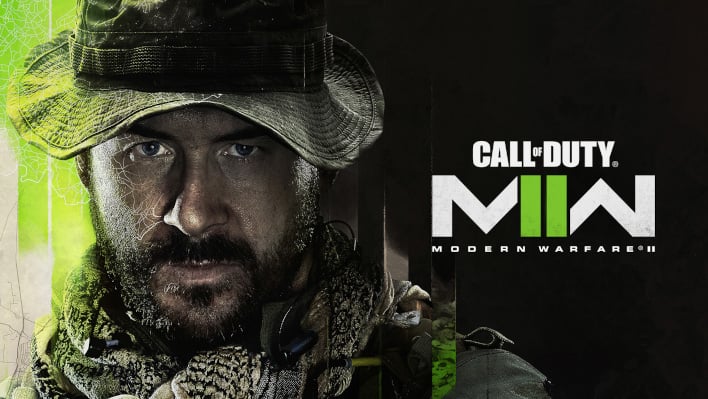 Details on Call of Duty: Modern Warfare II are limited at this time, but what we do know is that it officially has a release date, as the final shot of the announcement reveal gives us that. October 28, 2022. So Call of Duty fans, get excited for Halloween. This also provides a bit of evidence that it is still business as usual despite the still pending acquisition of Activision-Blizzard by Microsoft.