It's October 28th, and Halloween is nigh. Among other mischieviously-festive events, the Steam Halloween sale is on, with tons of games discounted in celebration of All Hallows' Eve.

Bubbling to the top of the pool of discounted titles, you'll find popular survival-craft game Rust. The game and all of its DLCs are marked down 33% for the holiday, which means you can pick up the whole package for $44. Doing so now would let you participate in the brand-new Halloween event, which brings pumpkin carving, trick-or-treating, and undead monstrosities to the procedurally-generated island.


Pumpkin carving requires the purchase of a cash shop item, but you can freehand carve your own design into your pumpkins. The developer is actually running a pumpkin carving contest too if you want to get in on that action. Meanwhile, trick or treating comes as part of a candy hunt event that runs every two in-game days. You have three minutes to collect all the candy you can, and performing well will earn you loot bags. Both the candy items and the loot bags can be opened to receive random loot, up to and including heavy weaponry like an M249 machine gun. 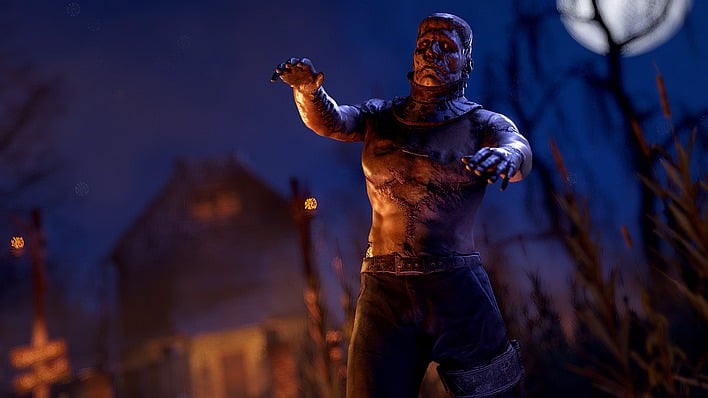 That's all real nice and fun, but surely the most interesting part of this event is the opportunity to build your very own Frankenstein's Monster. Slay seasonal scarecrow and mummy enemies to collect parts for your monster that you can then assemble on the craftable Frankenstein's Table made exactly for that purpose. Once you've built your monster, you can give it commands by using the pet commands radial menu.

There are apparently multiple tiers of monster parts, and your monster could have its arms replaced with melee weapons or come heavily-armored. They're fully autonomous pets, aside from your orders, and Rust players are already finding all kinds of convenient uses for their pet monsters.

Naturally, last year's Halloween items (including the Skull trophy, Mummy Underwear, Fogger 3000 fog machine, and others) are back, too. You'll have to own Rust to get in on the action, so if you're dying to die over and over to Rust's unforgiving survival experience, head over to the Steam store page to get started.