You can save hundreds of dollars on various Arcade1Up cabinets right now and finally build that bodacious arcade room you've been dreaming about since you were a kid with a fistful of quarters. It brings to mind that famous exchange in Step Brothers, with Brennan Huff reacting to night vision goggles: "Can you imagine if we had these when we were 12?," to which Dale Doback replies, "Even better, we got 'em when we're 40!"
Some of these are selling for their lowest price ever. That includes Arcade1Up's The Simpsons cabinet with a bundled game riser, adjustable stool, light-up marquee, and tin wall sign (all as pictured above). It's on sale for $399.99 at Amazon (save $300). Granted, the package hasn't always sold at its full MSRP, but it's typically been at least $100 higher for the past several months.
It actually comes with two games, those being The Simpsons and The Simpsons Bowling. The assembled machine stands nearly 5-feet tall when assembled and features a 17-inch LCD screen, molded coin-door, four sets of controls for four-player gameplay, and Wi-Fi connectivity for remote play. 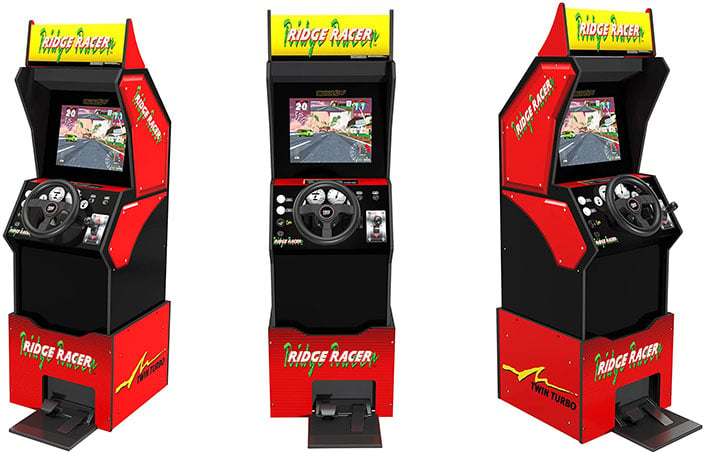 Also on sale for $300 off the MSRP is Arcade1Up's Ridge Racer cabinet with included riser. It's marked down to $399.99 at Amazon (43% off), which is again an all-time low. It's been on sale a few times, but never by this much and has often sold at its full $699.99 price tag.
This one comes with five games, including Ridge Racer, Ridge Racer 2, Rave Racer, Ace Driver, and Ace Driver: Victory Lap. It's outfitted with a steering wheel that offers rumble feedback, a light-up marquee, two-way shifter, gas and brake pedals, dual speakers, a headphone jack, and a 17-inch LCD screen. Wi-Fi connectivity is part of the package too. 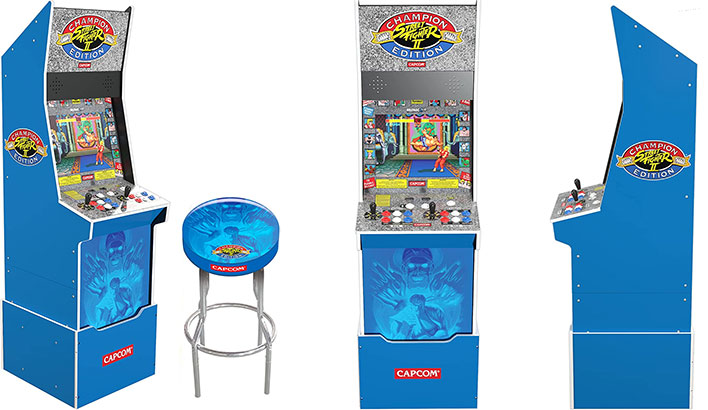