A Tech start-up by the name of Synchron is developing an awe-inspiring device, that it says is capable of "unlocking the natural highways of the brain." The company's endovascular brain computer interface technology is claimed to be able to accesses every area of the brain utilizing the its natural highways, the blood vessels.

Synchron was the focus of a recent story on Semafor, which spoke with Rodney Gorham, who is one of the six patients who are currently using a device called a Synchron Switch, or node. While other patients have been using the technology with computers, Gorham is actually the first to use it with an Apple product, according to the company. 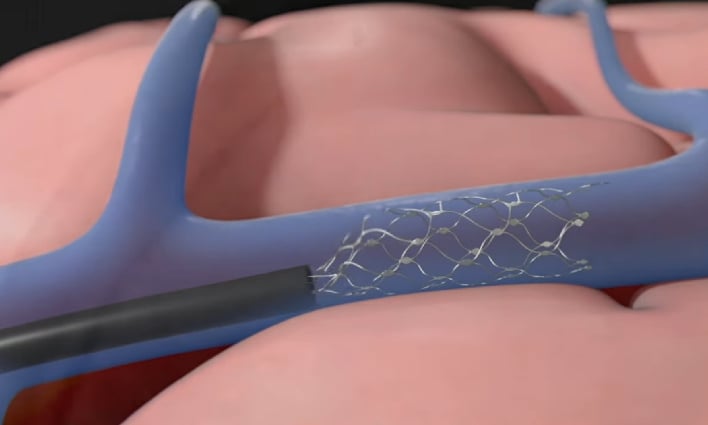 "We're excited about iOS and Apple products because they're so ubiquitous," remarked Tom Oxley, Synchron's co-founder and CEO. He added, "And this would be the first brain switch input into the device."

Gorham was able to communicate with Reed Albergotti of Semafor using his iPad. When asked how he was doing, Gorham replied, "Great." When asked if he was a fan of St. Kilda, Gorham responded, "Yes." Albergotti said he agreed to make his questions answerable with one word, in order not to tax Gorham too much. This type of technology is especially exciting for people with disabilities, like Gorham, who suffers from ALS, because of the ability to communicate, quality of life enhancements and general freedom it can offer.


The company says the stentrode is "designed to become incorporated into the walls of the blood vessels like a tattoo." Its design is much like a stent, as to not cause long term inflammation or trauma to the brain. The system is comprised of three components: the node, axon, and end user software, called brain.io.
The node, which consists of the stentrode and an internal receiver-transmitter unit, is placed under the skin of the patient's chest. It records the brain signals from the motor cortex and produces a wireless transmission of raw data to the two external components.

One of the external components is the axon. It wirelessly detects raw brain signals from the node and then translates them into standardized digital commands, which can be recognized by any Bluetooth device.

The third component is the end user software, brain.io, which is a hands-free, thought-controlled platform that uses translated brain signals to restore motor capabilities.

Synchron's mission is to design an endovascular implant that can relay information to every corner of the brain at scale. Since 2012, the company has been developing a solution that allows patients to avoid full brain surgery with a minimally-invasive procedure. In 2021, it became the first company to receive FDA IDE to conduct trials of a permanently implantable Brain Computer Interface (BCI).