For years, Bose has been known for its audio devices' quality, be it speakers, headphones, or earbuds. Now, Bose has announced a new type of wireless earbuds, the Bose Sport Open Earbuds, which sit above the ear canal, allowing users to hear their surroundings and audio with ease. You can pre-order today on Bose’s website or at BestBuy for $199.99.

Mehul Trivedia, category director for Bose Wearable Audio, states that “Runners and cyclists have been asking us for headphones that let them stay focused on their performance without wires, neckbands, or having to pop out a bud to hear traffic, a training partner, nature, or anything else they don’t want to miss.” To solve these issues, Bose created the Sport Open Earbuds which sit on the ear’s outer ridge so users can have “loud-and-clear personal audio that stays at the ear — and “cancels” out everywhere else.” 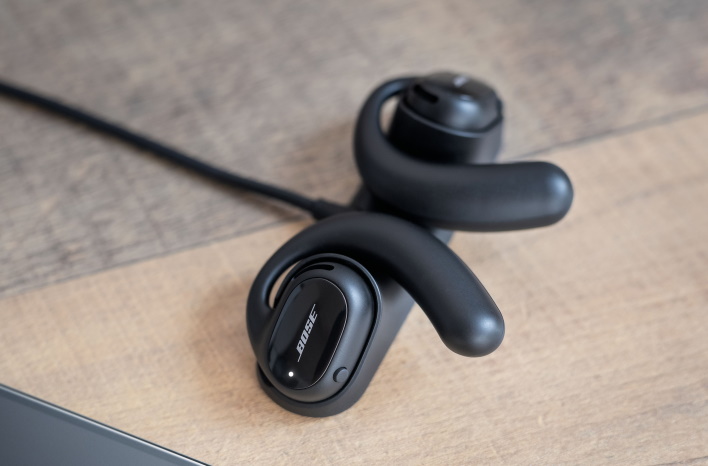 As these earbuds are made for sport, they have an IPX4 rating, meaning they can withstand water splashes. Furthermore, they have 8 hours of battery life, which should last you more than your run in the morning. While you are jamming out to music on that run, there are also controls on the earbuds which let you toggle your phone’s assistant on the left and power on and off, play, pause, skip songs or answer or decline calls on the right. When taking phone calls, there is an “advanced microphone system” with noise cancellation, which should reduce interference in the call.

Perhaps Bose is solving an issue that does not exist as there are noise-canceling earbuds that can be toggled to allow users to hear the world around them. On the other hand, it is nice not to have earbuds in when you get sweaty, as the rubber tips can get annoying very quickly. Either way, these earbuds are compatible with iOS and Android devices with Bluetooth and come in Triple Black for $199.99. You can pre-order today on Bose.com or BestBuy.com, with availability coming in mid-January.