Borderlands 3 Guns, Love, And Tentacles DLC Is An Engagement Party From Hell

Borderlands 3 fans have a second campaign add-on that is available now to download. The campaign is called Guns, Love, and Tentacles: The Marriage of Wainwright & Hammerlock. The launch of the new campaign coincides with a free level cap increase that raises the maximum Vault Hunter level to 57. The campaign focuses on the engagement party for Sir Alastair Hammerlock and Wainwright Jakobs that's happening on planet Xylourgos.

That planet is a windswept ball of ice packed with lots of fauna that wants to kill. The party is being held in the town of Cursehaven. Guests are meeting in the shadow of a giant monster carcass that is worshiped by local occultists. The new campaign is the second campaign add-on that is included with the Borderlands 3 Super Deluxe Edition and the Season Pass.

The campaign can be purchased separately for those who own the full Borderlands 3 game. Lots of new content is included in the new campaign, including multiple zones to explore on the new planet of Xylourgos. The campaign includes a new story and side missions. Players get to fight new enemies, including alien beasts, mutated occultists, and new bosses. There are new legendary Weapons, Class Mods, and other new gear to add to the player's arsenal. Several new vault hunter heads and skins, vehicle skins, and interactive room decorations are available. 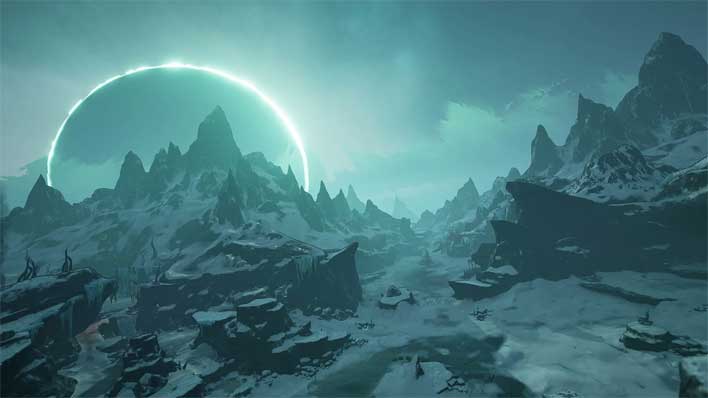 Players need to be able to access Sanctuary III, which is the starship granted after completing Episode 5 of the Borderlands 3 main story mission, to reach Xylourgos with an existing Vault Hunter. The invitation to the party and the planet is in Hammerlock's study on Sanctuary III. Players who are new to the game and don't want to complete those missions to gain access to the starship can make a new Vault Hunter and choose which storyline they want to start in. The first campaign DLC was Moxxi's Heist of the Handsome Jackpot.