Borderlands 3 Revenge Of The Cartels Seasonal Event Is Now Available

A new seasonal event is going on in Borderlands 3 called Revenge of the Cartels. The seasonal event has a bit of Miami Vice flavor to it with promises of neon colors and busting crime like it's the 1980s. The event runs from April 23 through June 4 and features an all-new area, new enemy types, limited-time challenges, and new loot for players to collect, including Legendaries and Anointments.

The premise for the seasonal event has the player's Saurian crewmate, Maurice, mixed up with the wrong crowd and indebted to Joey Ultraviolet, which is the kingpin of the Eridium Cartel. To save Maurice, players will need to take the fight to Joey and his underlings at his posh Villa Ultraviolet that overlooks a tropical paradise.

The first time players login during the Revenge of the Cartels seasonal event, they will get a repeatable quest from Maurice aboard the Sanctuary III. That quest has to be completed to reach Villa Ultraviolet. While the event runs, neon-glowing Cartel Operative enemies will be found all around the galaxy, including the areas added with campaign add-ons. The catch is that if you kill an Operative, a signal is sent, and other Cartel Thugs beam in to avenge their fallen comrade. 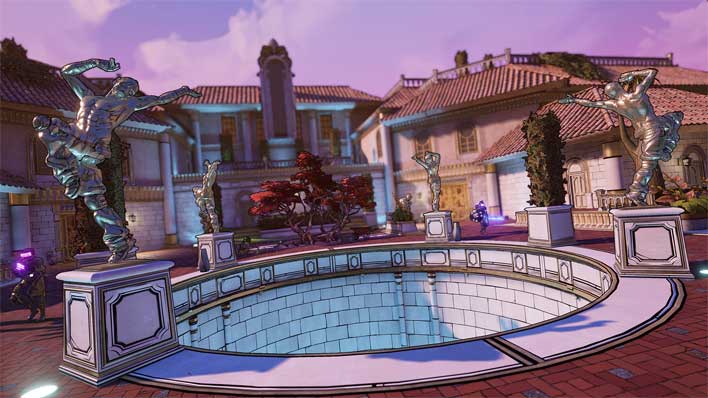 Players should also be aware that the Cartel Thugs could be accompanied by one of the Eridium Cartels Underbosses. Those characters are Badass-level enemies that belong to one of the three gangs inside the cartels. When players eliminate those reinforcements, they will get hideout coordinates, once enough coordinates are collected, Maurice can open a portal that leads directly to Villa Ultraviolet. Each gang has its own Legendary loot pool with multiple visits to the villa encouraged. Each time Villa Ultraviolet is cleared out, other gangs will take over, allowing for multiple playthroughs. Full details of the event can be found on the official Borderlands page.

In other Borderlands news, earlier this month a new minigame was added that has real world biotech benefits.