The most recent milestone the team reached was focusing on blocking in all the elements in a region known as the Dry Steppes complete with campaign content, open-world elements, itemization, a PvP sub-zone, dungeons, and a cinematic for the completion of the narrative for the region. The goal was to play the game from home over two days and spend time analyzing data and discussing reactions. 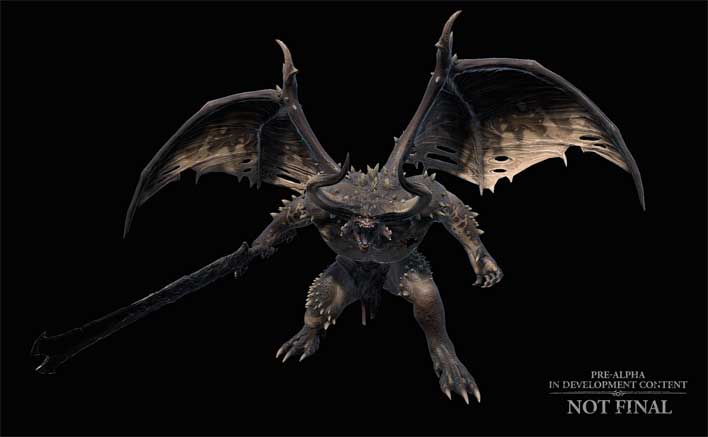 Taking the time to play the game over a few days allows the team to see all the current features harmonize over a more extended play period. The development of other regions is underway. The focus on the Dry Steppes was a concerted push to create and complete a cohesive experience to allow the team to draw observations from. Visuals in games are often kept in a rough form during development to allow the developers to test ideas and iterate on them cheaply. When something isn't fun, it's cheaper to change or discard a "blockout" asset than a final one. Some of the images seen here are of blockout assets, so they may not make it into the completed game.

On the storytelling side of the game, developers have evolved how the story will be delivered in Diablo IV. With this game, the team is experimenting with a mix of tool-generated and manually choreographed cameras to tackle conversations. In past games in the franchise, storytelling relied on UI panes with the character's name and portrait. The image below shows what developers are experimenting with. 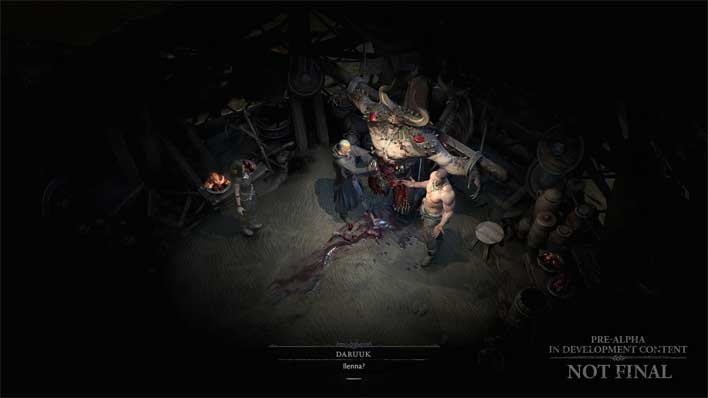 The second storytelling method that is being developed involves real-time cut scenes. In these cut scenes, control of the camera is given to the game, and storytelling is treated more like a movie. That is being reserved for important story moments. The interesting part about this is that the team can show the player's character with their currently equipped armor as part of the scene. That means you won't have a character dressed differently in the cut scene than the one you've been playing with. A different character than the player is using is strange to see in a cut scene.

One of the main features coming to the game is the open world of Sanctuary. The open-world nature the game will allow players to take a break from the story campaign and go exploring, crafting, or take on other players in PvP battles. The goal is to make the game fun to play using different mixes of story and side content and to make the game fun for players who re-play it after finishing the campaign mode. Diablo IV will feature multiple open-world activities, including crafting, events, world PvP, and side quests. Developers say the most popular open-world feature is called Camps. Camps are locations of importance that are overrun by enemies that can be cleansed and turned into friendly outposts with NPCs and a waypoint location. 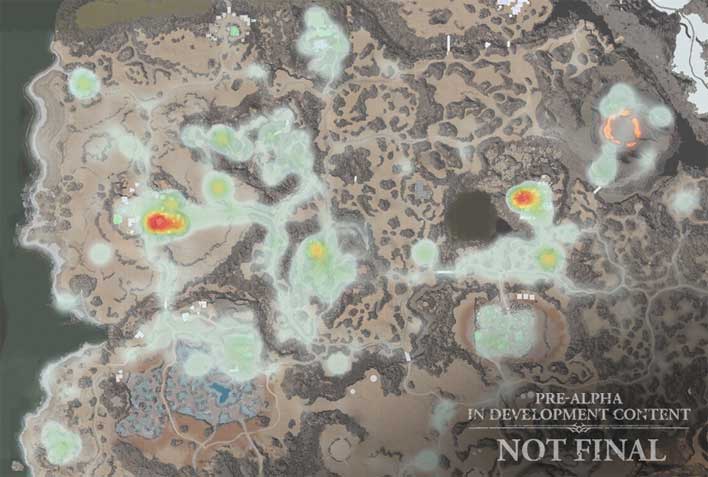 Other items talked about in the quarterly update include multiplayer, which the team says has been challenging to fine-tune to find the right approach. The challenge was to incorporate shared-world game elements without veering into massively multiplayer territory. The team says that dungeons and key story moments are always private, just the player their party. Players who prefer to go alone are never forced to join a party, but developers say some coordination is helpful during major world events. There will be new multiplayer tools available to help those who do want to play as part of a party find a group by activity or proximity in the game world. Full details of the quarterly update can be seen on the official page. Diablo IV was announced in November 2019 at BlizzCon 2019.