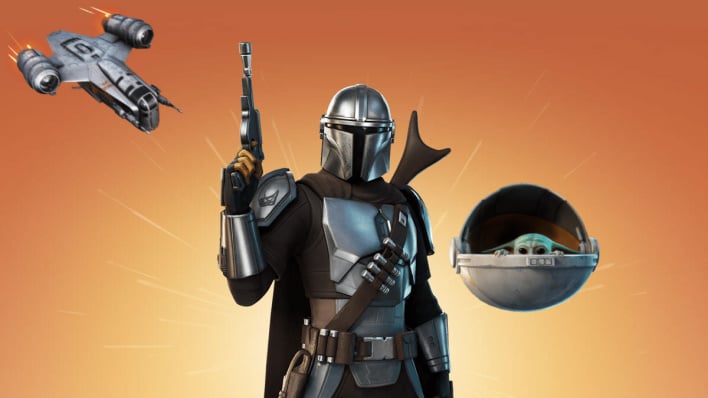 Early in December last year, Epic Games added the Mandalorian to Fortnite in the form of a skin. You cannot go without Grogu (Baby Yoda) when you have The Mandalorian, though, so he was added as a “back bling” at level 100. Now that players are finally starting to hit that level, they are noticing an issue with Grogu where they cannot see when they shoot. Either Grogu is a staunch pacifist and is stopping aiming, or this is a disappointing glitch for fans of The Mandalorian and Fortnite.

Whatever is happening with Grogu is quite problematic for players. The bug appears when users reportedly crouch or exit vehicles. After that happens, Grogu’s floating egg seems to be attached to the player’s right shoulder over which they would typically aim. Reddit user /u/SweggyBoi posted a video of this bug happening after he crouched down, showing how intrusive this issue is.


You can’t see where you’re aiming at all when using The Child pet sometimes, either make him see-through when aiming or move him more to the left, please get this to the frontpage so Epic Games can see this. from r/FortNiteBR

It seems that u/SweggyBoi was not the first to notice the issue, as u/dackAllah mentioned it over a month ago, but u/SweggyBoi’s post was the first to get many upvotes. As of writing, it has 10.3k upvotes and has even garnered a response from an Epic Games employee who says that he reported the issue to the team.

Card
Hopefully, Epic Games will fix this bug soon if it has not been already, and people can get back to collecting the Victory Royales with Baby Yoda. In any case, have you been affected by this bug or one similar in Fortnite? Let us know in the comments below.