When the Steam Deck hit the scene, it entered a market already occupied by a handful of niche devices, including the AYANEO NEXT. When the two were compared head-to-head, the AYANEO NEXT pulled ahead of the Steam Deck simply because of its hardware advantages, but there's a new contender approaching. AYANEO just announced the AYANEO 2, the “first AMD 6800U Windows handheld in the world.” Ultimately, this could be an interesting competitor to the Steam Deck, provided you've got the budget for a device like this. 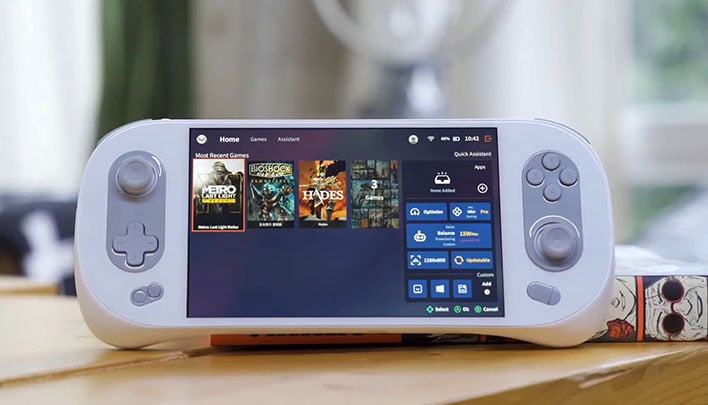 AYANEO tweeted a photo of the new AYANEO 2 powered by an AMD Ryzen “Zen3+” 6800U with a whopping 8 cores and 16 threads running at 2.7GHz, with a 4.7GHz boost clock and integrated Radeon 680M “RDNA2” graphics. The device and specs were also shown off during a livestream, which you can see linked here. Overall, though, the combination of Zen3+ and RDNA2 alongside LPDDR5 running at 6400MHz puts the AYANEO 2 in an impressive weight class of its own that clearly surpasses the Steam Deck.


While the specs sound great, there are a few caveats. The first and likely most important is pricing. In the past, AYANEO devices have been priced significantly higher than a Steam Deck, with the AYANEO NEXT running over $1300. There are also some concerns about the device button layout, which appears to be a little awkward, but we cannot pass too harsh a judgment until we have a device in hand. 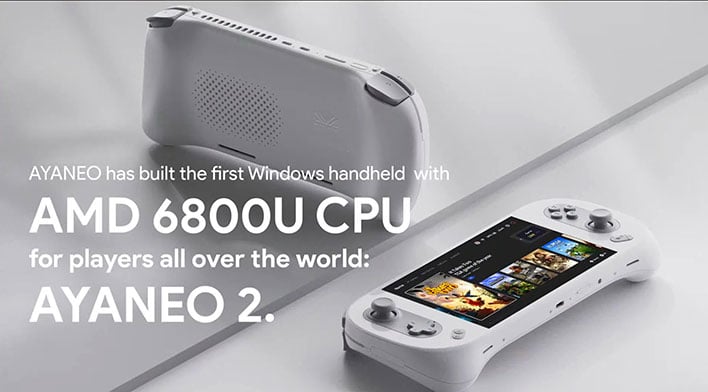 In any event, the AYANEO 2 will certainly be a cool little gaming device to keep an eye on. Let us know what you think of the AYANEO 2 in the comments below.