To say that Fallout 76 has been marked by many mishaps and failures is likely an understatement. The game was incredibly buggy when it was released in November 2018 and has continued to remain so. It now appears that some gamers may receive some form of compensation for their bad experience. EB Games Australia will now reportedly give refunds to many Fallout 76 players.

Australian gamers complained to the Australian Competition & Consumer Commission that EB Games had refused to refund players after their poor experience with Fallout 76. EB Games had told customers that they were not entitled to a refund if a DLC or one-use code had been redeemed, if the request was outside of EB’s “7 day satisfaction guarantee”, or if the video game developers were providing patches.

Consumers argued that EB Games had misled them about their rights under the Australian Consumer Law. The ACCC insisted, “Retailers must ensure that they train their staff so they do not misrepresent to consumers their consumer guarantee rights under the Australian Consumer Law, including the right to obtain a refund in certain circumstances.” EB Games has now responded to the ruling by providing a “court enforceable undertaking” to refund consumers. 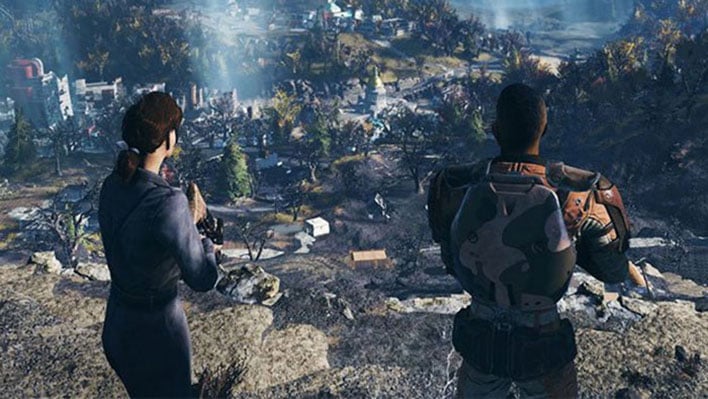 Consumers who want to obtain a refund now must have requested and been denied a refund from EB Games between November 14, 2018 and October 31, 2019. You must contact EB Games within 2 months of the undertaking. If you accept the refund, you will lose access to the game. You can find more information about EB Games’ Fallout 76 refund here.

This is good news for Australian gamers. Some gamers received refunds from Bethesda after the game was initially released. However, Bethesda soon retracted some of these refunds and refused to give out any more.

Many gamers have been frustrated by the game’s numerous bugs, but they have also been upset by Bethesda’s response to their concerns. Bethesda has unfortunately done very little to repair their relationship with gamers. The company most recently banned an interactive map maker for reporting a bug. Bethesda also banned everyone who had taken advantage of the bug’s exploit.