It may be hard to believe, but it's been a nearly 4-year-long saga for the Atari VCS. Atari announced the console way back in 2017, but the company now claims that it will soon be available to purchase at the retail level. And if everything goes according to plan, the Atari VCS will launch on June 15th.

However, pricing for the Atari VCS might leave many scratching their heads, especially considering that it is retro-centric and uses seriously underpowered hardware compared to modern gaming consoles from Sony and Microsoft. The base Onyx system is priced at $299, while an Onyx or Black Walnut All-in Bundle includes a wireless Classic Joystick and a wireless Modern Controller. Unfortunately, that bundle will set you back an eye-popping $399.

To put those prices in perspective, the Xbox Series S is priced at $299, while the PlayStation 5 Digital Edition will set you back $399 (if you can find one). And both of those modern consoles come with at least a 512GB of PCIe SSD and a custom SoC based on AMD Zen 2 and RDNA 2 CPU/GPU architectures. 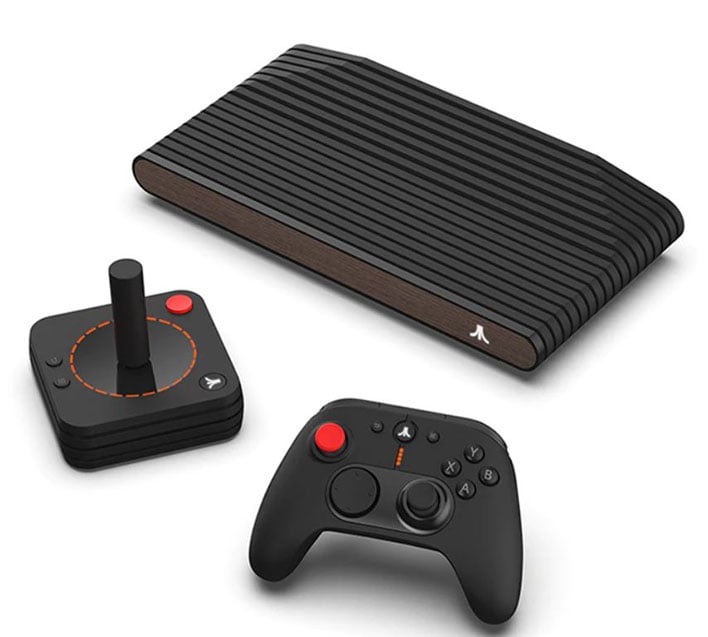 The Atari VCS, on the other hand, uses a rather pokey AMD Ryzen R1606G embedded APU. In other words, Atari's console is bringing a pocket knife to a gunfight.

However, Atari says that the VCS can also function as a full-fledged PC. You can even install Windows 10 or Linux on it, turning it into a versatile multimedia computer. The hardware is reportedly capable of running 4K videos and includes a built-in "Vault" containing 100 retro Atari 2600 and arcade games. That's all well and good for those with a penchant for retro gaming, but remember that we're talking about games that debuted roughly 40 years ago. That nostalgia could run a bit thin when you're talking about a device that costs $299 and up.

According to Atari, over 11,000 backers of its original Indiegogo campaign have already received their consoles. Everyone else can wait until June 15th to purchase directly from Atari or at Best Buy, GameStop, and Micro Center locations.