One of the neater showcases at the Consumer Electronics Show earlier this year was a delightfully themed  thin and light laptop from ASUS to commemorate sending a much thicker notebook into space 25 years prior. Now three months later, the ASUS Zenbook 14X OLED Space Edition (UX5401) that had us drooling during CES has found its way to the launchpad. 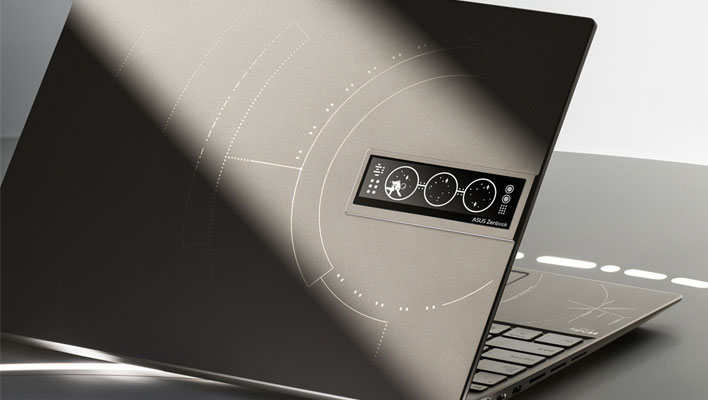 We're already fans of the Zenbook's design language, and this special edition model builds on that in a way that will appear to star gazers and anyone simply looking for something unique. It features space-themed graphics on the lid and various accents on the deck, including "several carefully hidden surprises for you to discover, depicted in Morse code or graphics all over the laptop." There's also a 3.5-inch OLED companion display on the lid, as shown above, that can display personalized notifications, animations, or text.

Note that the special graphics are actually an ode to the Mir station and not related to NASA. That's because it was an ASUS P6300 that rocketed to the Mir space station two and a half decades ago for a 600-day mission, Russian cosmonaut Sergei Avdeev praised the laptop, saying it "never overheated like some of the devices made by other companies." 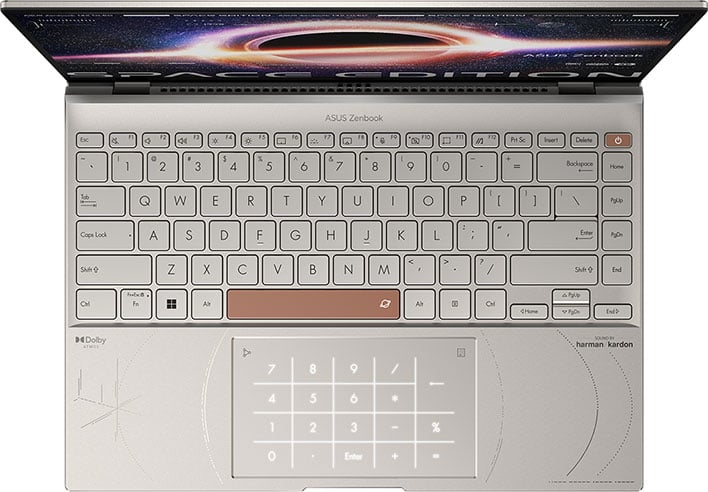 Beyond the beautiful design, the Zenbook 14X OLED Space Edition is a well-equipped laptop built around a 12th Gen Intel Core i9-12900H processor, a 14-core/20-thread Alder Lake-H chip clocked at 3.8GHz to 5GHz with 24MB of L3 cache and Intel Xe Graphics clocked at 1.45GHz.
The display is a 14-inch OLED touchscreen panel with a 2880x1800 resolution. Other features include 32GB of LPDDR5 RAM, a 1TB NVMe solid state drive, and Windows 11 Pro. For I/O and wireless connectivity, you're looking at the following...
The only real weak spot we're seeing in the spec sheet is a 720p webcam instead of 1080p or higher. That's not necessarily a deal killer, just a bit of a buzz kill in this day and age of remote work and Zoom meetings. It does have a privacy shutter, though.
You can buy the Zenbook 14X OLED Space Edition direct from ASUS for $1,999.99. It's also listed on Amazon, though it current shows as being out of stock.