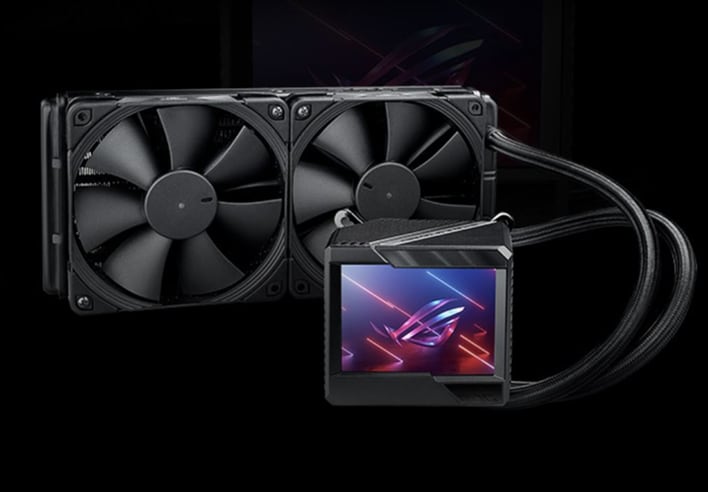 When it comes to DIY enthusiast PCs, OEMs are always looking for ways to one-up the competition, be it with scores of RGB lights or increasingly outrageous design flourishes. ASUS is the latest to go for "shock and awe" by teasing its new Ryujin II 240 CPU cooler.

For those that aren't familiar with this series, the original Ryujin 240 and Ryujin 360 launched back in 2018 with a 1.77-inch OLED display on the CPU block. The display could be used to show off real-time system states or your own customized images and logos. However, 1.7 inches isn't exactly a lot of screen real estate, so ASUS has countered with the RYUJIN II 240 with a much larger 3.5-inch display.

Unlike the previous generation Ryujin, however, ASUS is using an LCD this time around instead of an OLED mounted on top of the CPU bock. The image above shows just how large the display is, which is roughly the size of what you'd see on first-generation smartphones. In the image below, we get another closeup image of the display, which has an ASUS ROG logo that is deftly color matched with the rest of the hardware (luckily without distracting RGBs). 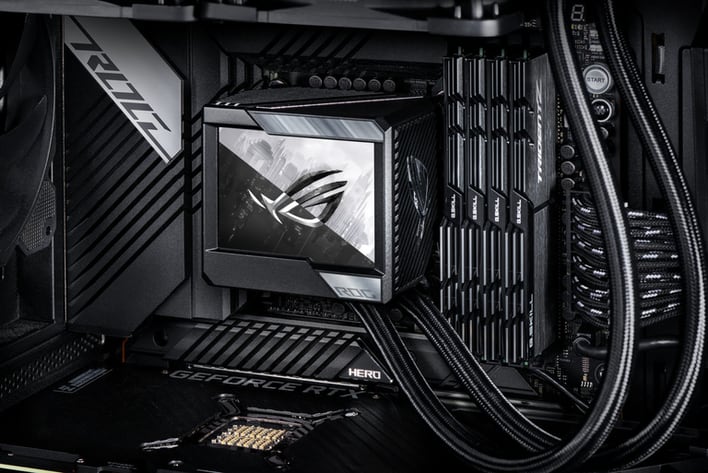 For those that were wondering, the motherboard in question is an ASUS ROG Maximus XIII Hero according to Videocardz, which first spotted the image. This motherboard is based on Intel's new Z590 chipset and will be the flagship offering for the incoming 11th generation Rocket Lake-S processors (although existing Z490 motherboards will also support Rocket Lake-S and PCIe 4.0 with a BIOS update).

The current ASUS Ryujin 240 is priced at around $235, while the Ryujin 360 goes for $285. We'd imagine that pricing will be similar for the ASUS Ryujin 240 (compared to its predecessor) if the decision to go with an LCD (albeit larger in size) offsets the cost of the older OLED panel.