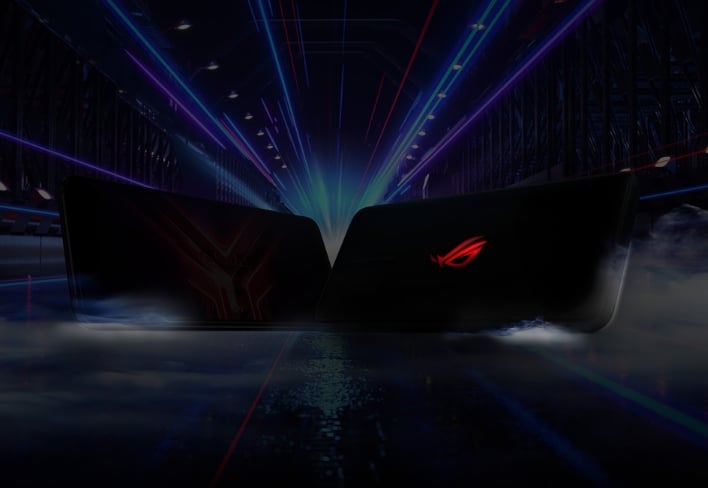 We came away thoroughly impressed with the ASUS ROG Phone II when we reviewed it last year. It offered a compelling balance of performance, a beautiful 120Hz OLED display, and marathon battery life to get you through some intense gaming sessions. Thankfully, ASUS has just confirmed that the ROG Phone III is coming and it won't be a long wait for anxious gamers.

The company has posted a countdown timer on its website which indicates that the ROG Phone III will be unveiled on July 22nd. Other than revealing when the phone will be unveiled, ASUS simply says that it will be a "Game Changer".

It's expected that the ROG Phone III will be powered by at least some version of the Qualcomm Snapdragon 865, which means that it will be 5G-enabled. Now, there's a possibility that this could be one of the first smartphones to ship with the rumored (but as of now, unconfirmed) Snapdragon 865+ which would feature higher clock speeds like previous "+" SKUs.

Other specs on tap for the ROG Phone III include a generous 16GB of RAM (up from 12GB) and a 120Hz 6.6-inch Full HD+ display. Up to 512GB of internal storage remains, as does the absolutely mammoth 6,000 mAh battery that helped contribute to the long battery life of its predecessor. We also expect upgrades to be made to the cameras this year, but photography isn't exactly a primary focal point for a device like this.

The TENNA listing for the ROG Phone III also revealed a bit of bad news in the fact that it is heavier than even the already massive Samsung Galaxy S20 Ultra and that it has given up on including a 3.5mm headphone jack. That means that you'll either have to use USB-C headphones, a 3.5mm to USB-C adapter, or Bluetooth headphones.

With respect to price, the ROG Phone II debuted at $899, which was typical for a 2019 gaming phone. However, we have the feeling that the inclusion of the Snapdragon 865/865+ could push pricing to $999. However, we only have a little less than three weeks to find out for sure if this will be the case.