Blower-style coolers are starting to feel like a relic of a bygone era, but do not tell that to ASUS. The company is apparently getting ready to launch a factory overclocked GeForce RTX 3090 graphics card with a blower-style cooler attached, in place of the custom triple-fan cooling solutions that it has used on its currently available SKUs.
At present, ASUS offers four versions of the GeForce RTX 3090. They include two TUF Gaming variants (stock and factory overclocked) and two ROG Strix models (stock and factory overclocked). All four sport three cooling fans, with the rotation of the center fan reversed to reduce turbulence, presumably for quieter operation. 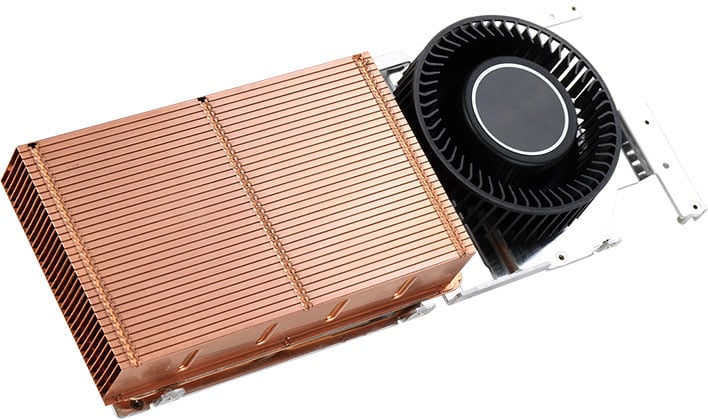 Meanwhile, NVIDIA's GeForce RTX 3090 Founders Edition model features an aluminum alloy heatsink and a hybrid vapor chamber cooler, along with a push-pull fan setup to keep temps in check. And as far as I am aware, nobody makes a GeForce RTX 3090 with a blower-style cooler.
That is about to change. ASUS has put up a product page for a GeForce RTX 3090 Turbo edition graphics card (TURBO-RTX3090-24G). It is a two-slot card with a single 80mm fan blowing air onto an all-copper heatsink that runs the length of the card. The shroud then directs the air out the front in blower-style fashion. 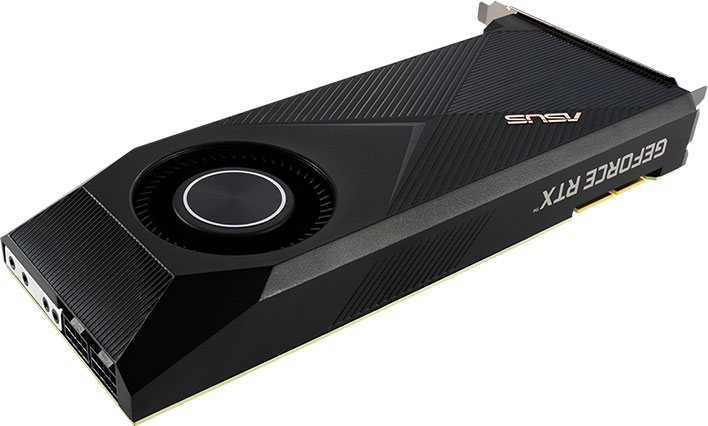 One potential advantage of this kind of cooler is that it exhausts hot air from the GPU right outside your case, rather than it circulate inside your PC. However, these types of coolers tend to be noisy. In addition, they do not always cool quite as well as cards with two and three fan designs.
The card will feature a 1,725MHz boost clock in OC mode, which is up slightly from reference (1,700MHz). That 25MHz overclock is not going to mean much in the grand scheme of things, but technically, it means this is a factory overclocked card.
As for the display outputs, it has a single HDMI 2.1 port and three DisplayPort 1.4 ports..

It is not clear when this card will release and how much it will cost.