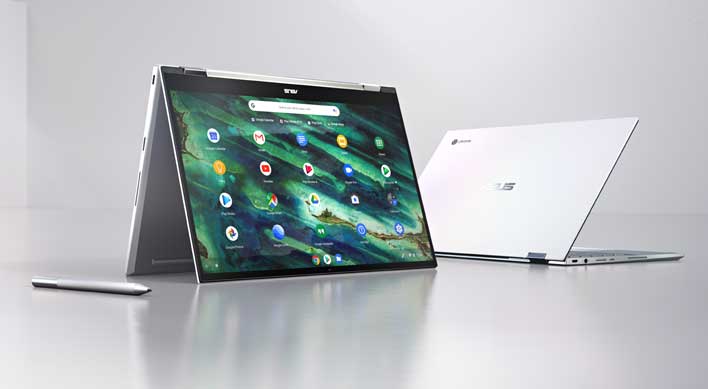 ASUS has announced the latest addition to its Chromebook lineup with the Chromebook Flip C436. The machine promises premium features with high performance. The computer has a convertible form factor with a frameless NanoEdge touch display meant to put a 14-inch screen into the smallest possible form-factor. The screen measures 14-inches diagonally, and the machine weighs just 2.58 pounds overall. 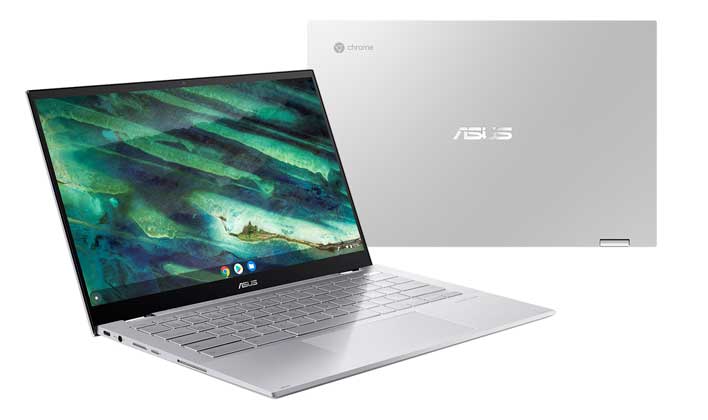 The Chromebook Flip C436 was verified by the Intel Project Athena program and engineered specifically for mobile performance. Along with the new 10th generation Intel Core processors is up to 16GB of RAM (8GB base) and up to 512GB of SSD storage. The machine features Wi-Fi 6 connectivity and a fingerprint sensor. 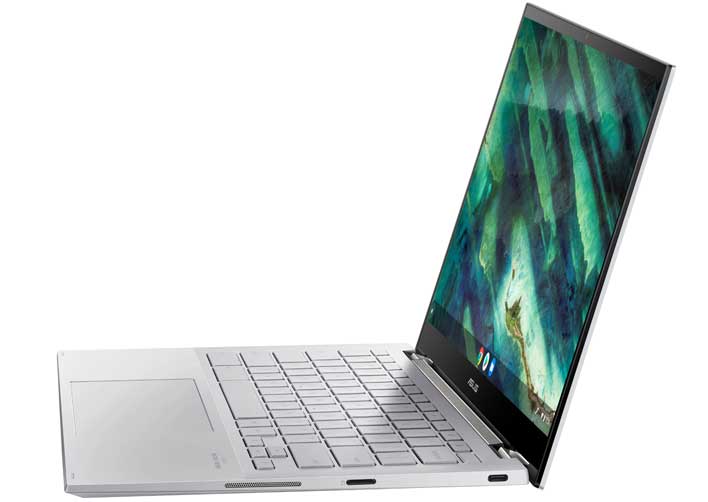 The integrated sound system consists of four omnidirectional speakers promising high-quality surround sound that is certified by Harman Kardon. Support for stylus input is integrated, and the machine has a variety of ports for peripherals. Connectivity includes a pair of USB 3.2 Gen 1 USB-C ports, a microSD card reader, and a single audio jack combo. Power comes from a 42 WHr li-polymer battery, and ASUS offers the machine in Aerogel White or Transparent Silver. Available processors are up to the Intel Core i5-10210U, while the base processor is an Intel Core i3-10110U.

The Chromebook Flip C436 is available on Amazon and at the ASUS US eShop starting at $799 today, but as of writing, neither version is in stock at Amazon. ASUS is selling the higher-end version for $999.99 Those who purchase via Amazon can use promo code 50PREMCHROME to get $50 off a qualifying purchase.

In other Chromebook news, Samsung launched a very thin 4K OLED Chromebook for $999.99 that is also available to purchase today.