We already know that AMD will be selling its own cards directly, but third-party manufacturers have also lined up to deliver their own custom cards based on the new GPUs. The first up is MSI, which has revealed its RX 6800 XT Gaming X Trio. This is a massive triple-slot graphics card with three cooling fans. And as you might expect from MSI's Gaming X line, there are plenty of LED lighting effects all over the card to spruce things up. At this time, there are no disclosures on clock speeds, but we wouldn't be surprised if MSI tweaks them a bit. 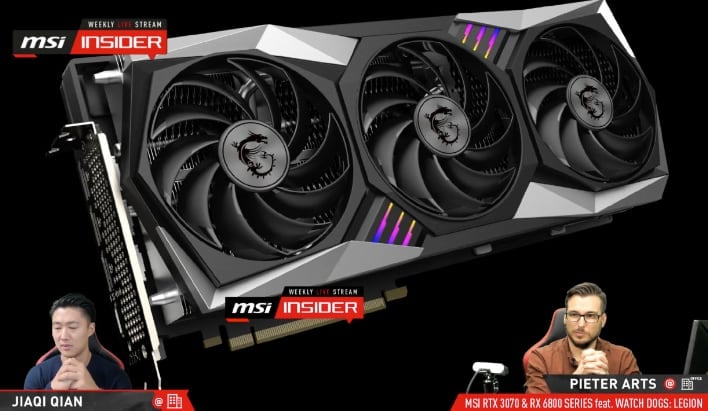 ASUS has a number of custom cards that it will be releasing (as is typically the case for the company). ASUS will make available the ROG Strix RX 6800, which has a trio of Axial-tech fans, LED lighting effects, and a massive 2.9-slot heatsink. The company has also designed a custom short PCB to help create a heatsink design that is better able to expel heat.

The TUF Gaming line will be available in both Radeon RX 6800 and Radeon 6800 XT flavors, and also comes with a 2.9-slot heatsink. These are triple-fan cards: the center fan spins clockwise, while the two outer fans spin counter-clockwise to help reduce turbulence within your case. There's also a full-length aluminum backplate along with a short PCB design like its ROG Strix counterparts. 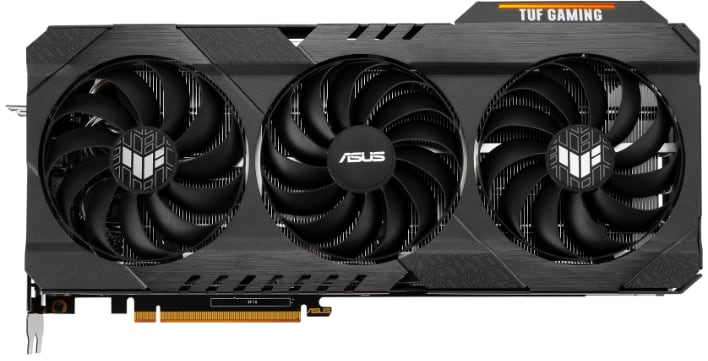 Finally from ASUS, we have the ROG Strix LC RX 6800 XT, which takes advantage of liquid cooling to provide optimal performance. The cold plate covers both the GPU and the 16GB GDDR that is onboard. 600mm coolant hoses are attached that connect to a 240mm radiator (along with dual 120mm radiator fans). ASUS says that the card can even fits in EATX cases, and it includes a single blower fan of its own in addition to RGB lighting effects. 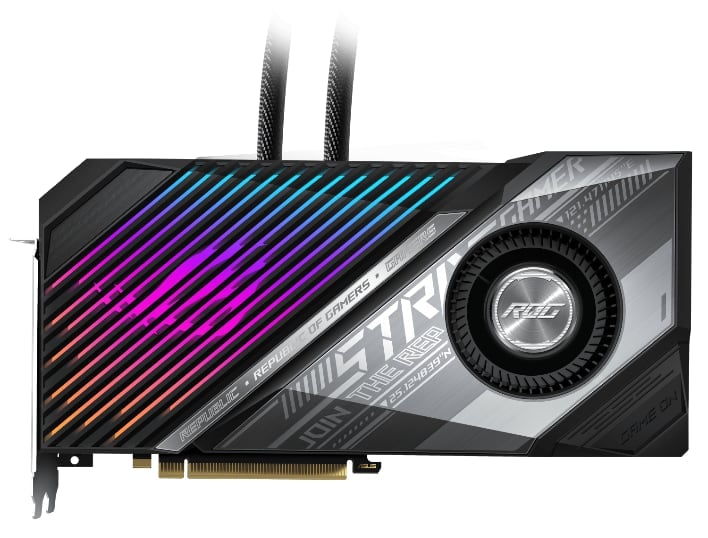 At this time, neither MSI nor ASUS has announced pricing for their custom Radeon RX 6000 graphics cards. If you don't need all of the custom frills of the MSI and ASUS cards, both Sapphire and Gigabyte will be launching reference designs of the Radeon RX 6800 and Radeon RX 6800 XT, so also be on the lookout for those cards in the coming weeks and months. 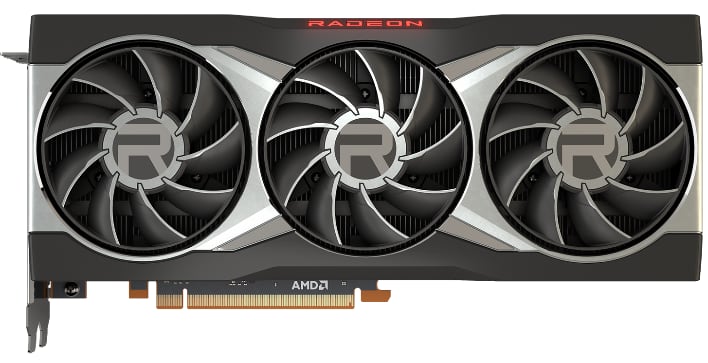 To see our complete coverage of AMD's new Radeon RX 6000 Series "Big Navi" graphics cards, be sure to check out our article here.