When we think of processors used in the enterprise market, Intel Xeon or AMD EPYC x86-64 families typically comes to mind. Intel has the lion's share of the market, with AMD steadily gaining traction ever since its Zen architecture birthed first-generation EPYC 7001 processors. However, Arm is also a player in this space with its Neoverse CPU architecture, which first debuted in 2019.

Amazon Web Services (AWS) deployed its and Graviton2 processor, while Ampere has made waves with its Altra; both processors are based on Arm's Neoverse N1 architecture. Today, Arm is ready to take the next giant leap in performance with the launch of Neoverse N2. 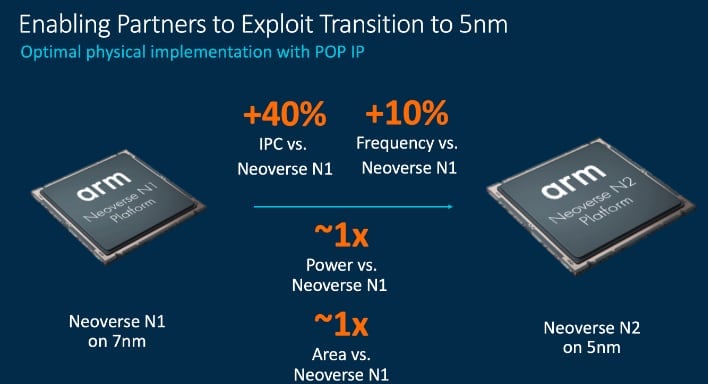 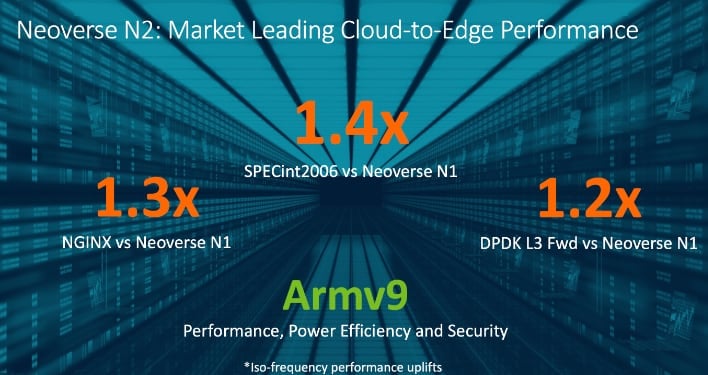 Arm also quotes a 1.3x boost in NGINX performance and a 1.2x uplift in DPDK packet processing compared to Neoverse N1. The Neoverse N2 can accomplish all this while leading the industry in performance-per-watt (always a strong point of Arm architecture). Sampling is set to commence during the closing months of 2021.

Arm is approaching Neoverse V1 with a "performance-first mindset," delivering a 50 percent improvement in IPC along with a 1.8x uplift in vector workloads compared to Neoverse N1. According to Arm, we're also looking at a 4x improvement in machine learning workloads. 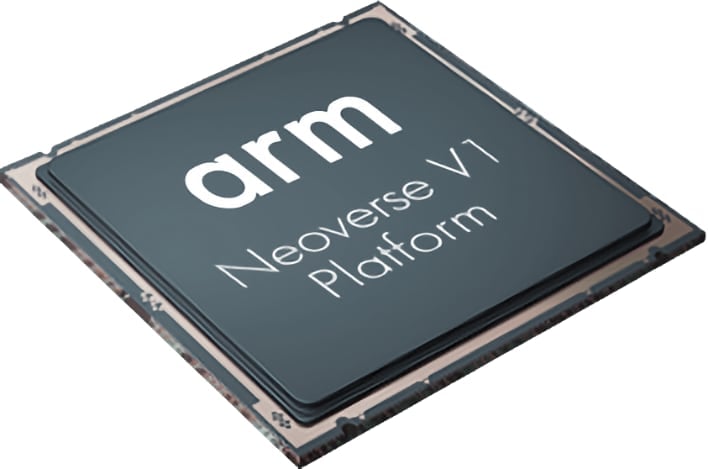 Customers that opt for Neoverse V1 want the best compute performance and bandwidth with a deep and wide design (15-wide issue, 11-stage pipeline). Arm says to look no further than to SiPearl and ETRI HPC SoCs to see the potential of what's possible with designs that leverage Neoverse V1 in the future. 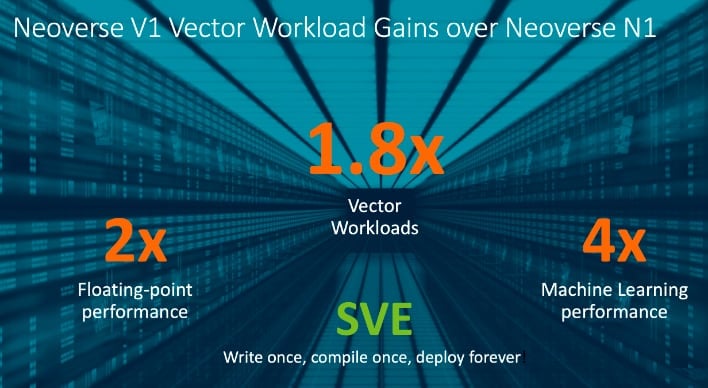 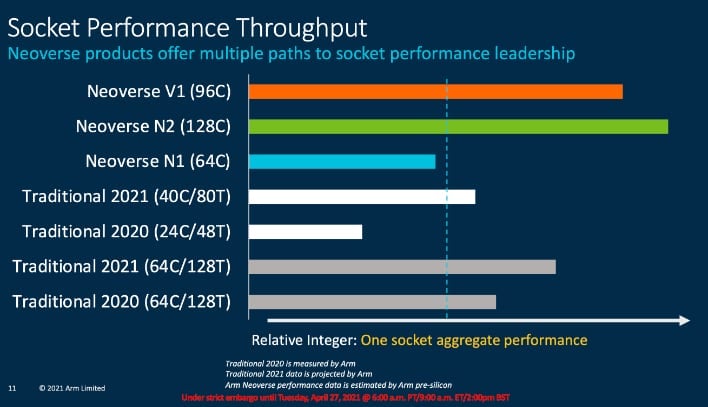 NVIDIA, which announced its intention to purchase Arm last year, is also bullish on next-generation Neoverse architecture. The company added, "We see a similar transformation taking place across the breadth of computing infrastructure, from the cloud to the edge, and we believe Arm is both a catalyst for and a solution to this change. Customer adoption of specialized silicon has never been greater, and both NVIDIA and Arm are at the center of this trend."

We should see the first designs using Neoverse N2 and Neoverse V1 in 2022, and we're eager to see what each will bring to the table against the entrenched players in this space.