It has been over 20 years since Operation Flashpoint: Cold War Crisis was released by Bohemia Interactive, bringing players to the islands of Everon and Malden during a Russian invasion. Now, it seems that Bohemia Interactive is taking players back to this landscape in an as-yet unannounced title called ARMA Reforger, the newest ARMA title in roughly 9 years.

On May 12th, the @ArmaPlatform Twitter tweeted that an announcement was coming regarding “The Future of ARMA” on May 17th, 2022. Initially, speculation began to fly that the next major title in the ARMA series, ARMA 4, was being announced. While this might still be the case, some evidence has leaked supporting the idea that a stepping-stone game called ARMA Reforger will be released. 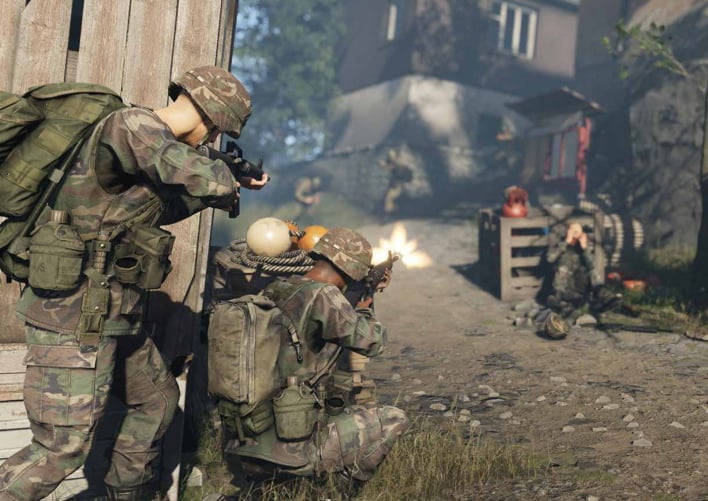 ARMA Reforger has been rumored for quite some time now, so this leak does not come as huge surprise, but it is interesting, nonetheless. On the afternoon of May 14th, @IdleSloth84 tweeted what appears to be a marketing and brand guide (download at your own risk) for ARMA Reforger, giving us a semi-detailed look at what is potentially to come. This document outlines that this new game will be a multi-platform title and will be expected to launch on PC, Xbox, and PlayStation. 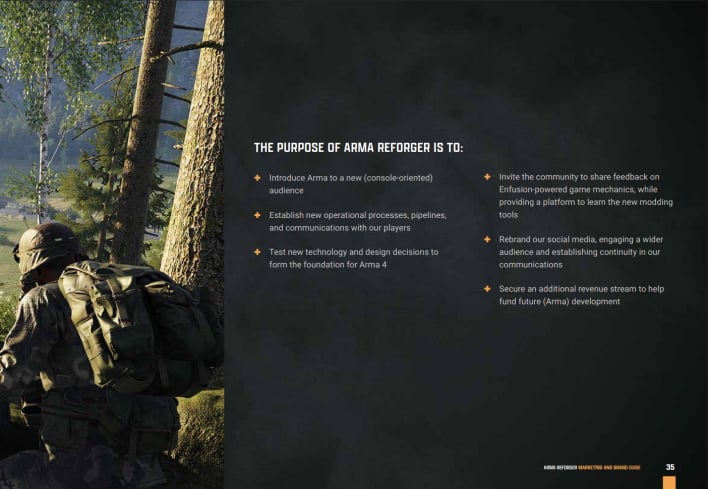 Moreover, the document establishes that this game will be a method to introduce ARMA to a new “console-oriented” audience and more importantly “test new technology and design decisions to form the foundation for Arma 4.” This information leads us to believe that any ARMA 4 development is only in the early stages, as there is also mention of securing funding for future ARMA development mentioned in the document.


Whatever ends up happening, the next ARMA title, whether that is Reforger or ARMA 4, is sure to be a hit. Furthermore, some of the screenshots and images shared in the brand document look rather impressive thanks to the new Enfusion engine driving the game as well as the previously release DayZ.  Hopefully, we will hear more in the coming days or get our hands on a copy of the game, so stay tuned for updates. In the meantime, let us know what you think of the ARMA Reforger leak in the comments below.