While Apple's Mac mini received an internal upgrade late last year with an M1 SoC, the actual look of the computer hasn't changed much over the past decade (save for the removal of the optical drive). That is set to change with the next generation, which could be even thinner than the current model.

The Mac mini reportedly features the same footprint as the current Mac mini but will not be as tall. When Apple opted for the M1 SoC over Intel processors, it resulted in a lot of wasted space inside the chassis. By going with a shorter design, the Mac mini is living up to its namesake as Apple's smallest desktop computer. 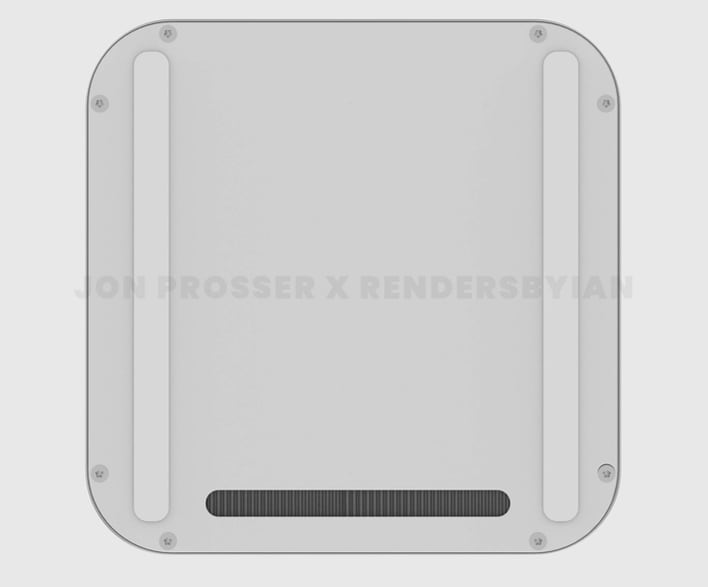 Despite the smaller chassis, Apple will reportedly increase the number of available ports on the machine (at least on higher-end configurations). Jon Prosser claims that the new Mac mini will have two USB 3.1 ports, four Thunderbolt 4 ports, an HDMI 2.1 port, and GbE. Unfortunately, there is no SD slot for all the photographers who rely on it for quickly importing their images.

When it comes to power, it's alleged that the Mac mini will adopt the all-new MagSafe connector like the new 24-inch iMac. The thinner design could also mean that the power supply is moved outside to a power brick (also like the new all-new iMac). 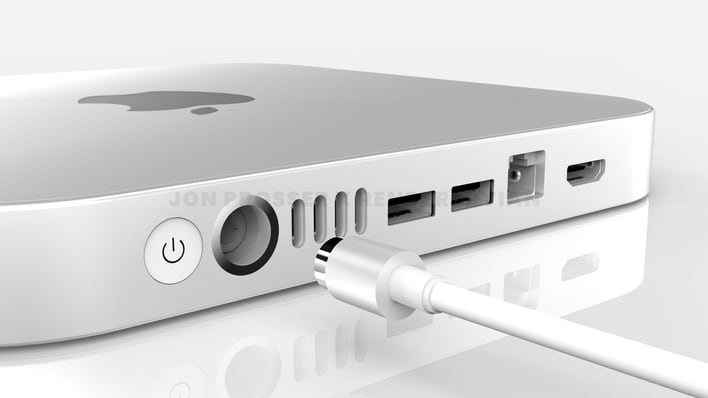 The circular base that has been a permanent fixture with previous Mac mini generations has been tossed aside for two rectangular rubber feet that run the length of the computer. There's also a bottom-mounted vent. In addition, the aluminum unibody design has been redesigned with a "plexiglass-like material" for the top. Whether Apple will use this as an opportunity to add a bit of color to the Mac mini, as with the iMac, remains to be seen at this time.

It's alleged that the Mac mini will share its available processor options with the all-new 14- and 16-inch MacBook Pros that should be announced shortly. That means that we'll see a 10-core M1X (or M2, whatever Apple ends up calling it) SoC with a 16-core or 32-core GPU. It's also rumored that the SoC will support up to 64GB of RAM, four times as much as the current M1 family.

At this time, we don't have a rumored launch date for the all-new Mac mini, but we do expect that it will retain the same starting price as the current model: $699.