Apple's iPhone 12/iPhone 12 Pro family has only been on the market for a few months, but the rumor mill is already kicking into overdrive for the follow-up iPhone 13 family. Although it's a guarantee that the smartphones will leverage Apple's next-generation A15 Bionic SoC (likely built on a refined 5nm process node), other details are a bit fuzzier.

Thankfully, The Wall Street Journal is bringing a little bit of clarity on one of the iPhone 13's features: its biometric authentication. Interestingly, the information is coming from a new report that’s not dedicated to the iPhone 13, but came buried in Joanna Stern's review of the Galaxy S21.

Stern claims that Apple will add an in-display fingerprint reader as a secondary option for authentication on the iPhone 13. This can be optionally used in place of Face ID, which is mounted in the ungainly notch at the top of the display. In-display fingerprint readers have been commonplace for years in Android smartphones, and Qualcomm's latest sensors not only increase the contact point for the reader, but also made it faster. 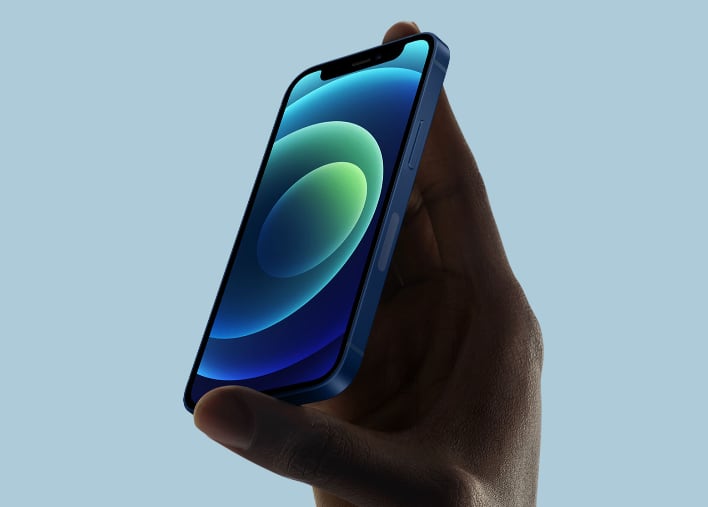 Android smartphones' adoption of in-display fingerprint readers also allows them to use a relatively small hole punch cutout for the selfie camera without the notch on recent iPhones. At this point, Stern was not able to verify whether Apple would go for an optical sensor or an ultrasonic sensor (as used on the Galaxy S21 family). Ultrasonic sensors are more advanced, work with wet fingers, and are generally harder to spoof than optical in-display sensors. Apple could also go with an acoustic fingerprint scanner, which it is reportedly working on.

It should be noted that Apple went with a different route with its fourth generation iPad Air, by incorporating Touch ID into the power button. That allowed the company to minimize the display bezels while keeping biometric authentication.

But why would Apple even bother with adding another way to login to your device or authorize payments? One possibility is that the COVID-19 pandemic has resulted in most of us wearing masks when out and about, at work, or any other place that isn't our home. So, logging into an iPhone requires you to pull your mask down or remember passwords (which most of us leave for Apple to remember), make purchases, or login to apps, which can get annoying. By adding an in-display fingerprint scanner option, Apple could avoid this situation.